The Lexus LC 500 Sounds Fantastic Testing on the Nurburgring

And it looks just as gorgeous as we remember. 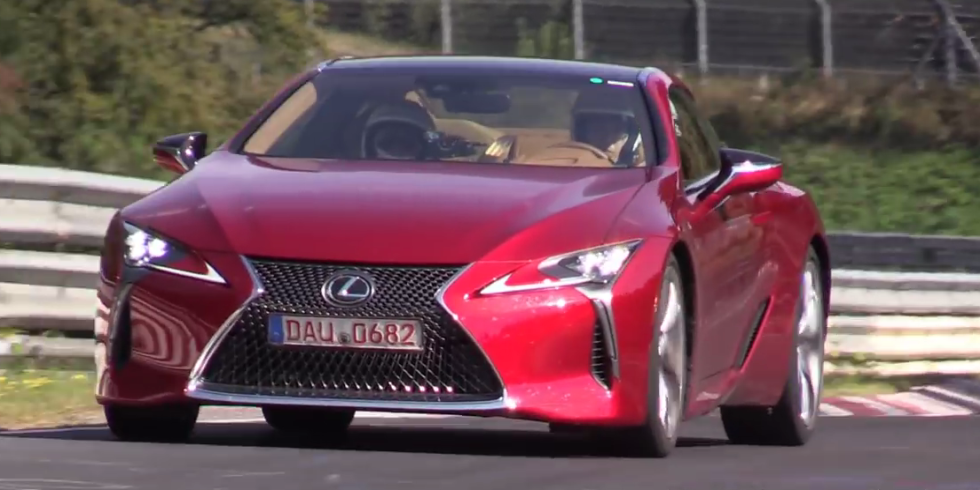 When we first saw the Lexus LC 500, we were blown away. It looked like a more-graceful, refined version of the gorgeous LF-LC concept from 2012. But it wasn’t a concept car. No, Lexus promised us the LC 500 would head to production virtually unchanged.

As you can hear in the video below, the LC 500’s V8 sounds fantastic. In a time when even virtually everyone else uses turbocharged engines, it’s refreshing to hear a naturally aspirated V8 sing. Its might not get the world’s best fuel economy, but if that’s what you’re worried about, the hybrid LC 500h is also on the way.

Oh, and while we’re at it, have we mentioned that the LC 500 still looks gorgeous? Because it is. And don’t you forget it.