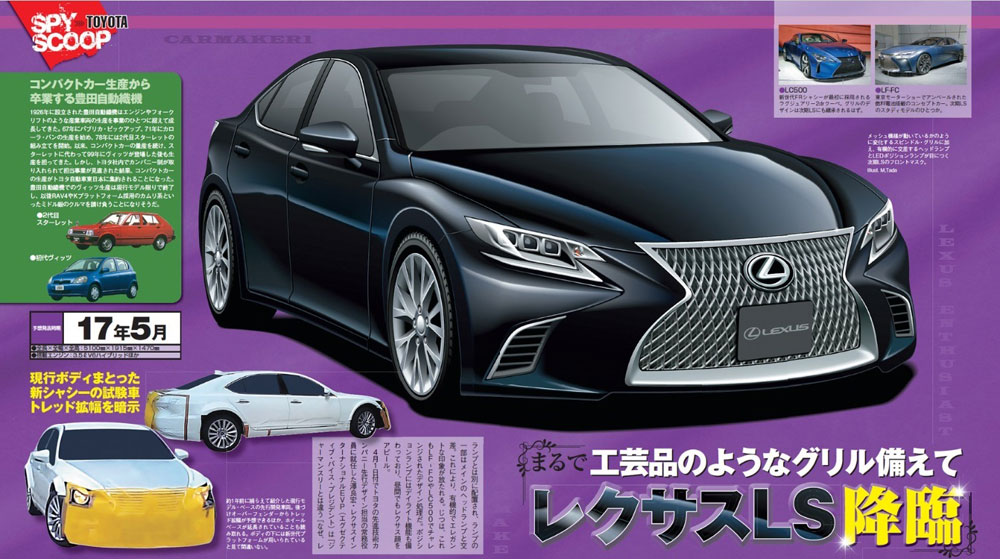 A rendering of the next-generation Lexus LS has been published by Japanese magazine MAG-X, and it shows a design very much influenced by the LF-FC concept that debuted at the Tokyo Motor Show last year.

Along with the rendering, there are a couple hints we can pull out of the Japanese text — MAG-X suggests the new LS will reach showrooms in May 2017, though that seems unlikely. Even if the new model is revealed at the Detroit Auto Show, a spring launch would mean the LC & LS would be reaching dealerships at the same time.

Beyond the date, there’s every indication that the LS will debut with the LC coupe’s V8 & V6-multi-stage-hybrid powertrains, and that it will be the second Lexus model to be built on the brand’s new global architecture.

For anyone that can read Japanese, here is the full page: 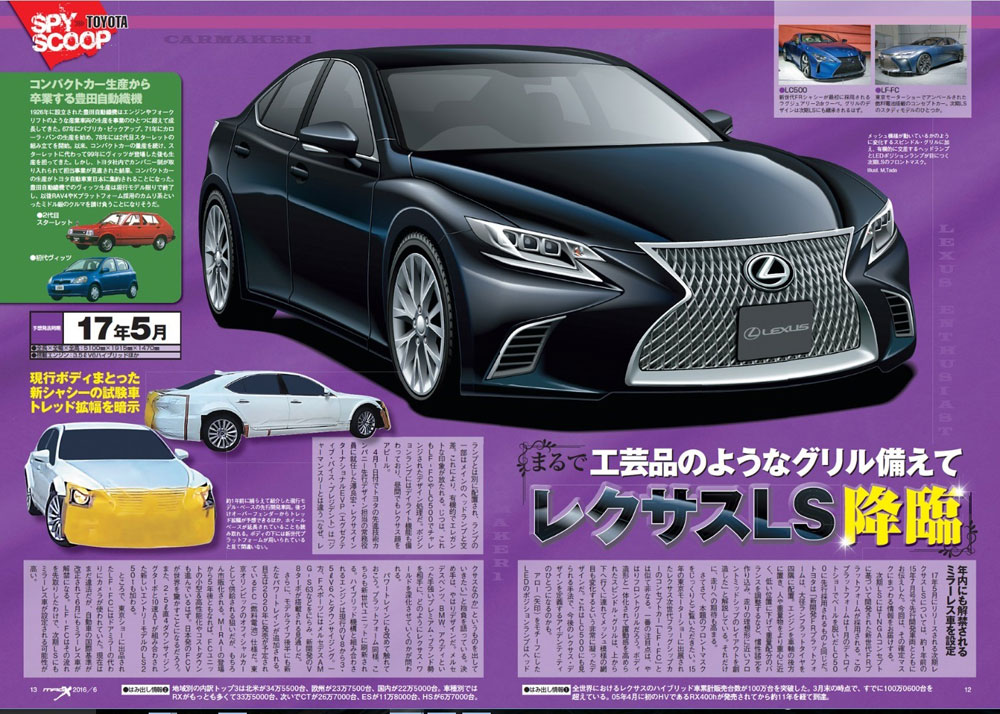 (Special thanks to TLE member Carmaker1, who also points out that MAG-X pre-production renderings of the current LS were very close to the final product.)