Where traditional craftsmen work alongside robots 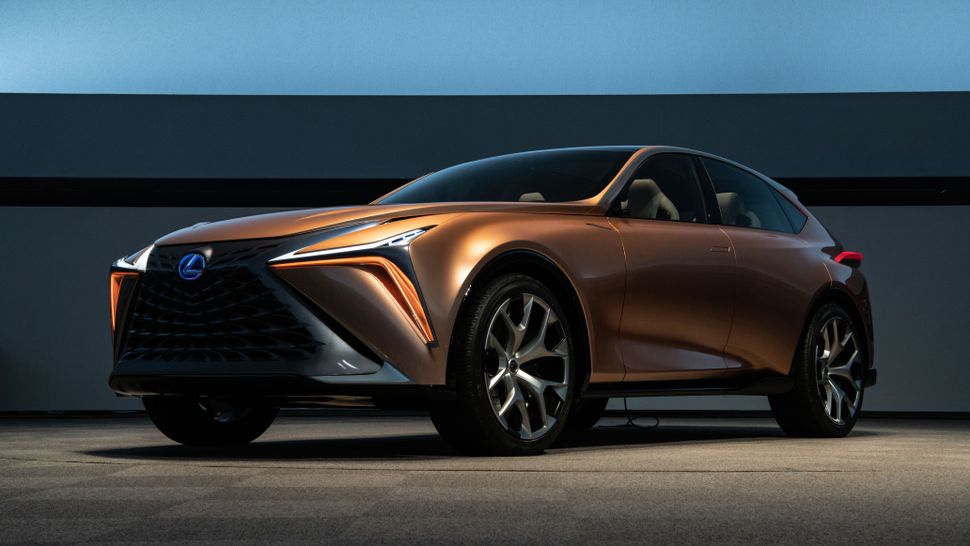 You tend to think of most modern production cars as being far from hand built. High-volume components are punched out or moulded before being assembled with lots of robots and a few technicians on a constantly moving production line. It’s not very organic. But Japanese car manufacturer Lexus likes to do things a little differently.

Sure, it has factories, including the Miyata manufacturing plant in Kyushu, which is state-of-the art. Indeed, many of parent company Toyota’s modern manufacturing ideas have been followed by other carmakers around the world and it’s easy to see why. The place is clean, calm and as you’d expect, very orderly. It’s also able to deliver volume. At the same time it can produce a variety of models with a custom specification on the same line thanks to its just-in-time production strategy.

But for Lexus it’s all about the detail – and the Japanese are very big on details. Which is why the company recently got TechRadar sitting at the bar of the Yorozu Tea Salon, in downtown Fukuoka for a masterclass on the finer points of tea-making.

This is a place where old meets new and tradition rubs shoulders with the modern world. Lexus wanted to bookend our factory visit with lots of ‘engawa’ – an architectural concept adopted by the carmaker that expresses a smooth transition from interior to exterior. And to do that required a nice cup of tea.

The tea we tried costs a small fortune, and our bowlful would set you back a few hundred dollars if you were to buy it. There isn’t much to go around either, but that’s why it’s the most expensive tea in the whole of Japan.

Yoruzo’s proprietor, Tokobuchi-san and his staff deliver three small servings of the brew, with the strongest first flush delivering lots of very distinctive ‘umami’ taste, and the weakest arriving last. We then eat the leaves with chopsticks – such is the value of the tea.

To join up the dots, earlier in the trip we visited the Lexus design studio to see first-hand what its revered Takumi craftspeople are capable of. The facility is situated in the beating heart of Japanese car manufacturing, Toyota City located in Japan’s Aichi Prefecture and there was more evidence of the Lexus obsession with detail.

A perfect example of this is the cloth door panel and insert that has ended up inside the Lexus LS luxury saloon. These panels are hand-pleated, taking nspiration from origami, the ancient Japanese art of paper-folding.

Yuko Shimizu from Sankyo, whom Lexus hired for the creative exercise, told us she normally designs and pleats fine fabrics for curtains, fashion clothing and wedding dresses. Shimizu worked with textile manufacturer Seiren to develop the intricate door panel designs that have ended up in the LS.

On face value they’re very delicate looking pieces, but the panels obviously had to be durable. So while the illusion is that these items could be made of folded paper, they are actually finely stitched synthetic material. It’s a clever compromise between old and new.

Meanwhile, a glass-engraving artist was commissioned to produce a piece for the panel that goes around the door handle of the LS. He used what looked like a very basic grinding wheel and a handful of attachments to produce the work – we’ll actually call it art – on what was also a curved and pretty delicate piece of glass.

Lexus subsequently used the master to create the initial mould for the final production piece. It was quite something to see in an age where you expect anything intricate like that to be produced on a CAD machine.

Later, at the Miyata manufacturing plant we got a tour of the paint shop and also the assembly line. The former provided us with an interesting insight into how Lexus likes to blend the formulaic processes that robots do so well with a fair degree of human intervention. While the main body panels are painted by the robots, hard to reach areas like the door shuts are sprayed by hand.

As we peered through the large glass windows, it was particularly interesting to see how the robots could change colours for each car if they needed to. The hugely enthusiastic lady from Lexus fizzed with excitement as she explained that the robots can change colours in an instant by switching nozzles and paint cartridges as and when they’re needed.

You might think there would be overspray everywhere with a multitude of colours being fired into the atmosphere, but no. As the car bodies edged past, we saw blue, then red, then silver and then blue again. For a production line this gave the impression of a more personal painting experience than you might expect.

The production line also has been cleverly engineered to pull paint dust away from the cars, with running water below the line that removes much of the dust. Amazingly, the water is cleansed and the paint particles are extracted.

This cocktail of paint dust is subsequently used to create colored bricks that are used to make walkways around the factory. Lexus claims that the purified water that is returned to a river that passes by the plant is now cleaner than it was before it started using this process.

Later, out on the assembly line, we got to see more of the personalised production process that has gained Lexus its craftsman-built reputation. Naturally, there are automated parts of the process that help the company stay efficient., but Lexus also likes to take time on the good bits, so fit and finish is a critical part of the assembly area. Technicians could be seen poring over panels under bright white lights hoping to pinpoint a minor blemish or fleck of dust in the paintwork.

For the most part there didn’t seem to be much to spot. The Japanese attention to detail had clearly ironed out most of the possible problem areas earlier on in the process. And, as you’d expect, when something was found it was removed with the usual seamless, fuss-free efficiency that you find in every aspect of Japanese life.

Conversely, Lexus is also doing something decidedly unorganic and making the tailgate of its latest model, the UX compact crossover out of resin. It’s an interesting development. There are drawbacks for using the synthetic material as it can be a little bit too flexible used in the wrong place. But for the tailgate of the UX it makes a lot of sense, allowing the designers to shave off weight and reduce costs.

The company didn’t want to elaborate on whether or not the resin theme will end up being used on other panels in the future, but the humble car hood seems like an obvious candidate.

As we pulled out of the plant to the customary bows from rows of staff, it was hard not to feel a little humbled by the Lexus commitment to producing quality cars. And, we also got an overwhelming urge to have another go at origami. Over a nice cup of tea of course.