The Lexus RC is a sharply styled four-seater coupe, available as a petrol-electric hybrid or with a turbocharged petrol engine.

In a segment that also includes the BMW 4-series and Audi A5, the RC could be interesting to company car drivers in particular, who if already hybrid converts now have the option of a sleek coupe, or if already coupe buyers can now take advantage of the tax savings associated with a hybrid. With its long doors, access to the two rear seats is actually not bad, although once there adults will find it a squash.

While big enough for a suitcase and a few smaller bags, the boot still can’t match its German rivals, although its opening is usefully wide for a coupe.

In the front the RC feels low-slung and cosy, but storage space is merely adequate. 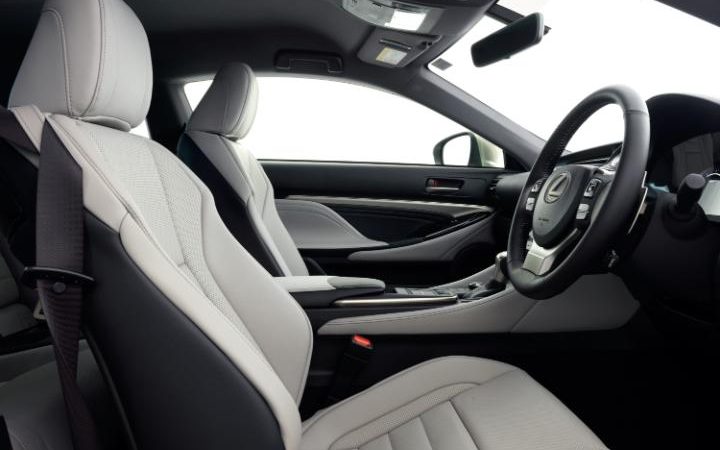 The RC’s seats and driving position are superb, and the quality of the leather gives it an upmarket feel. What’s more, at normal driving speeds this is a quieter car than its diesel rivals, whether you go for the hybrid or 200t petrol model, with occupants also impressively well insulated from road and wind noise.

The peace is only shattered when you rev the engine, which in both models sounds bland, lacking the sporting growl the car’s looks suggest it should have.

The suspension is set up more with long-distance driving in mind than sporty handling, and does a good job of cushioning bumps in the road, particularly in the hybrid model. With its layered, angular design and impeccable build quality, there’s much about the RC’s dash to admire.

However, there are also a few flaws. The dials contain so much information that they aren’t always easy to read at a glance, and while the main 7-inch screen looks smart, the optional touchpad used to control it is tricky to master.

There are a lot of buttons to take in, but at least they are large and logically placed. The same can’t be said of the touch-sensitive sliders that act as heater controllers, which are a fine example of form over function. 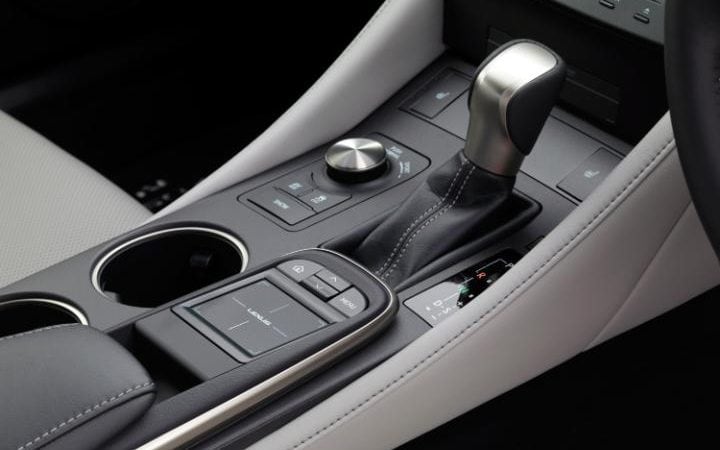 The RC is heavier than its key rivals, and feels solid to drive, with a reassuring weight and precise response to its steering and pedals. However, that weight also blunts initial acceleration; both the 300h and 200t models feel sluggish to pick up from a standstill.

Once rolling though both accelerate briskly enough, and while not the fastest cars on the road (the 0-62mph times are 7.5 seconds for the 200t and 8.6 seconds for the 300h) have enough in store to get past slower traffic, plus no gear changes to worry about.

Thick windscreen pillars and small rear windows seriously hamper visibility, and you should bear in mind that while proximity sensors will help you get into parking spaces, the RC’s wide doors require a bit

Opt for an F-Sport spec RC and you also get an adaptive suspension system that can be stiffened for sportier handling, but even in this guise it’s not what you’d call a thrilling car to drive.

The steering responds faithfully, and there’s lots of grip, but the whole experience is dominated by the car’s mass, whether it’s in how its weight shifts so dramatically during changes of direction, or how the engines struggle to truly excite.

Lexus has a great record

The RC is too new to have been included in the annual JD Power customer satisfaction survey, but Lexus has consistently performed well over the last 10 years, including several appearances in the top spot.

If there’s a slight disappointment it’s that the three-year warranty that Lexus provides is limited to 60,000 miles, whereas BMW andMercedes offer three years of cover, no matter how many miles you do.

Due to the RC 300h’s weight, the hybrid system uses the petrol engine more than you might expect, particularly once you are free from town and city limits. As a result, fuel economy, particularly for those who do a lot of motorway driving, won’t be a match for similarly powerful diesels; in mixed use we managed 43mpg against the 300h’s official test figure of 57mpg.

That’s for the hybrid, let alone the petrol model, which managed 38.7mpg in EU tests, and 33mpg in our hands.

On the face of it, the RC is priced in line with similarly powerful diesel coupes from BMW, Mercedes and Audi, the difference being that the Lexus comes with all the equipment must people would want as standard.

The hybrid also qualifies for a lower benefit-in-kind rating for company car drivers, while CO2 emissions of just 113g/km mean it won’t break the bank for private buyers to tax, either.

The RC features eight airbags, including knee ’bags for the driver and front passenger, plus a bonnet that pops up to provide pedestrian impact protection. Part of the car’s weight is also down to extra body strengthening included to help it excel in US rollover crash tests, and like all new cars there’s an advanced stability system that will help you to control the car if it begins to skid.

The only drawback is that active safety systems such as blind spot monitors and adaptive cruise control are restricted to the top-spec Premier model, so if you want those you need to factor in adding more than £5,000 to the car’s price. 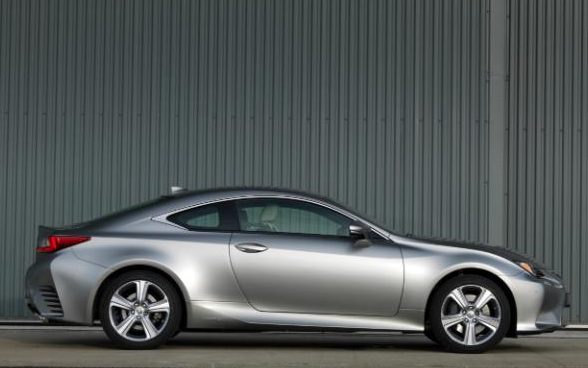 That the basic spec RC is called Luxury tells you all you need to know about equipment levels. Available only on the hybrid model, it includes leather seats, LED headlamps and automatic windscreen wipers, and a Bluetooth phone connection.

The top-spec Premier adds a 17-speaker sound system along with upgraded satnav and a handful of active safety devices.

While the 200t turbocharged RC is hard to justify, the 300h hybrid model could offer useful savings for company car drivers, as well as being comfortable and extremely well built. Just be aware that the BMW 4-series is a much more exciting car to drive.