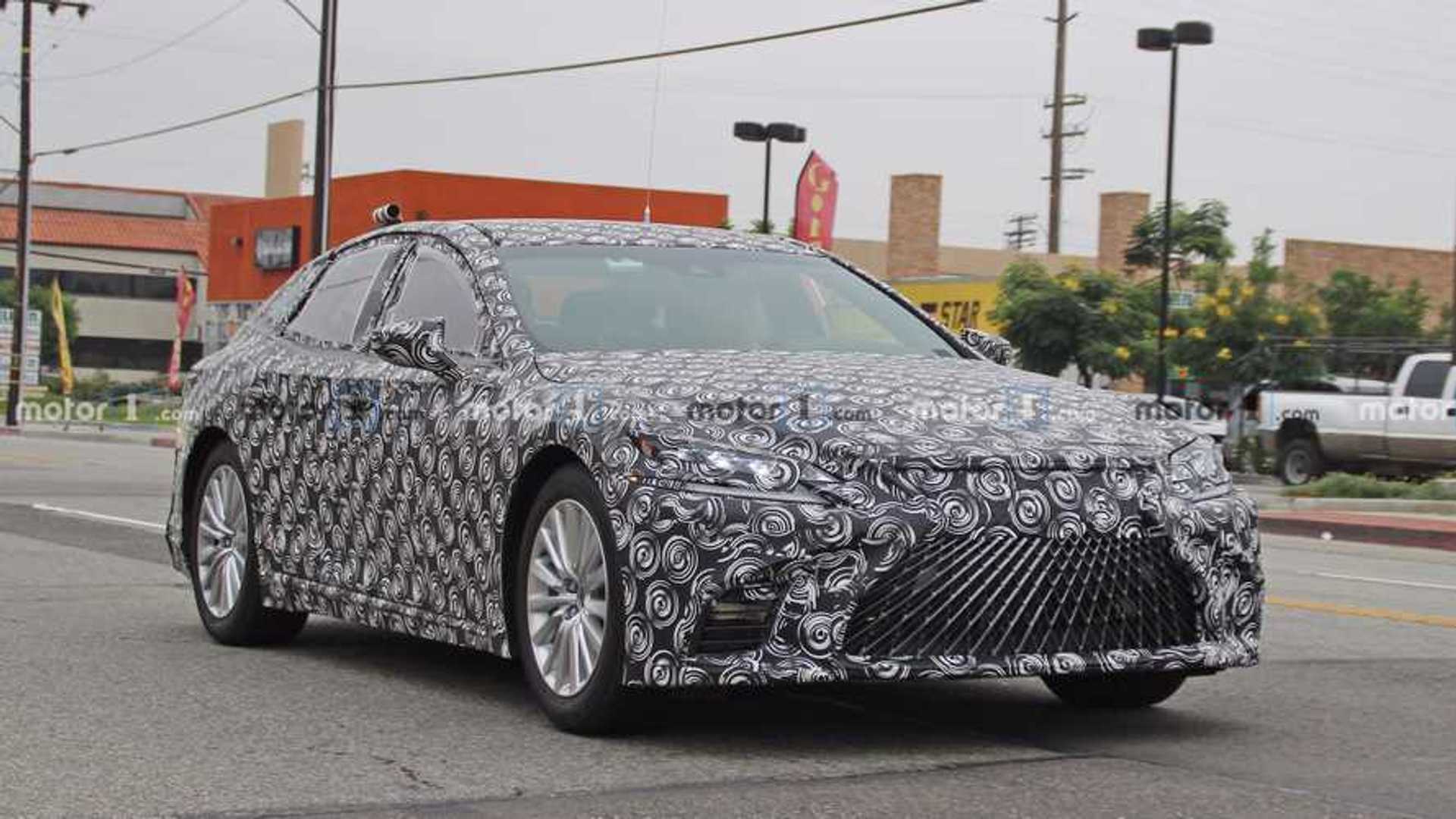 This is our first look at the new sedan.

It’s hard to fathom that Lexus first teased a hydrogen fuel cell-powered LS in October 2015 with the LF-FC concept. Rumors about such a vehicle predate the concept’s reveal by nearly a year, and ever since then, there have been nuggets of information dropped along the way about an LS with a fuel cell. Now, we have our first hint the car is coming as there are now spy photos of the prototype for the first time.

The Lexus LS spied is heavily camouflage with just a few bits exposed such as the grille and not much else. There’s just enough of the headlights and taillights visible to keep things legal. The LS fuel cell vehicle should receive a new grille design, tweaks to the exterior lighting, and other enhancements that could spread throughout the entire LS lineup for the 2021 model year. Expect fuel cell-specific features a well.

Execute to propel the hydrogen-powered LS is a more advanced version of the fuel cell powertrain found in the Toyota Mirai that went on sale in 2014. The Lexus LS fuel cell sedan is Toyota’s second foray into the alternative fuel segment. Details about those improvements remain a mystery. However, if it’s similar to the powertrain in the Toyota, the LS sedan will likely sport all-wheel drive as standard. It’s also unclear if the LS will retain its five-passenger layout with the fuel cell powertrain. The Mirai seats four; however, it’s much smaller than the LS, too.

With this being our first look at the new LS, it’s not clear when it’ll debut. However, we should expect more spy photos and information over the next several months and well into 2020 before a likely debut. It could hit the market as soon as late next year as a 2021 model.
source: https://www.motor1.com/news/362598/lexus-ls-fuel-cell-spied/
Previous Post Next Post