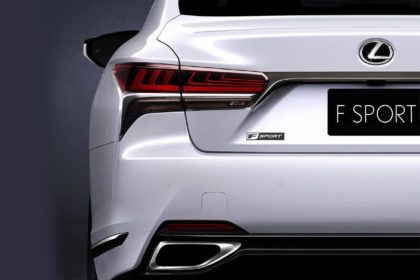 Toyota’s brand, Lexus, has revealed the world premiere of its brand-new LS 500 F Sport at the next international auto show in New York, which is scheduled to open its doors to the public on April 14, 2017.

Hot on the heels of the introduction of the Lexus LS 500 in Detroit and the LS 500h in Geneva previously this year, Lexus will reveal its LS 500 F Sport at the 2017 New York International Auto Show, which ranges from April 14-21.

Like the other versions of the LS 500, the LS 500 F Sport will take advantage from the long variation of the brand’s GA-L (Global Architecture for Luxury vehicles) platform, which boasts a record-breaking level of torsional rigidness: a function that provides drivers enhanced dynamic capability, in addition to a smoother and quieter ride.

The F-Sport variation will, as you might anticipate, be geared up with a more effective engine, and a slightly more aggressive-looking body. To this day, Lexus has only provided one picture of the new car, centered on its tail-lights and tailpipe.

The 2017 New York International Auto Show is going to have its run from April 14-21 at the Javits Convention Center.