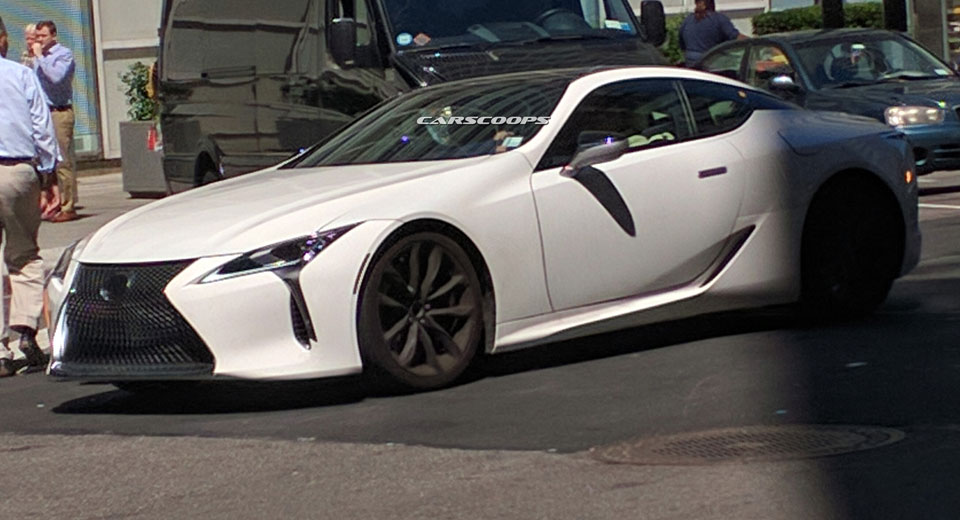 The Lexus LC500 isn’t expected to land in the United States until early next year but one of our readers recently snapped an LC on the streets of New York City.

The LC in question is completely free of any camouflage and was fitted with local NYC plates allowing it to drive on the city’s streets. Interestingly, the front and rear Lexus badges have been removed as has the LC500 emblem on the tailgate, potentially in a futile attempt to hide the model’s identity.

It’s difficult to say why there’s a white LC on U.S. streets at the moment but there’s a possibility it is a prototype helping to fine-tune the vehicle’s setup before its imminent market launch. There’s also a chance it may have been displayed to local Lexus dealerships before those showrooms receive their own LCs come 2017.

While the Japanese marque has confirmed that the model will arrive stateside, local pricing is yet to be announced. As the model is aimed squarely at the Mercedes-Benz SL range, a starting figure near the $100,000 mark seems reasonable.

Lexus says that the LC is the most dynamic car it has produced since the LFA supercar. Unlike the LFA which had a motorsport-derived V10, the LC500 is driven by the firm’s staple 5.0-liter V8 engine delivering 467 hp and 389 lb-ft of torque. Mated to that engine is a 10-speed automatic transmission.