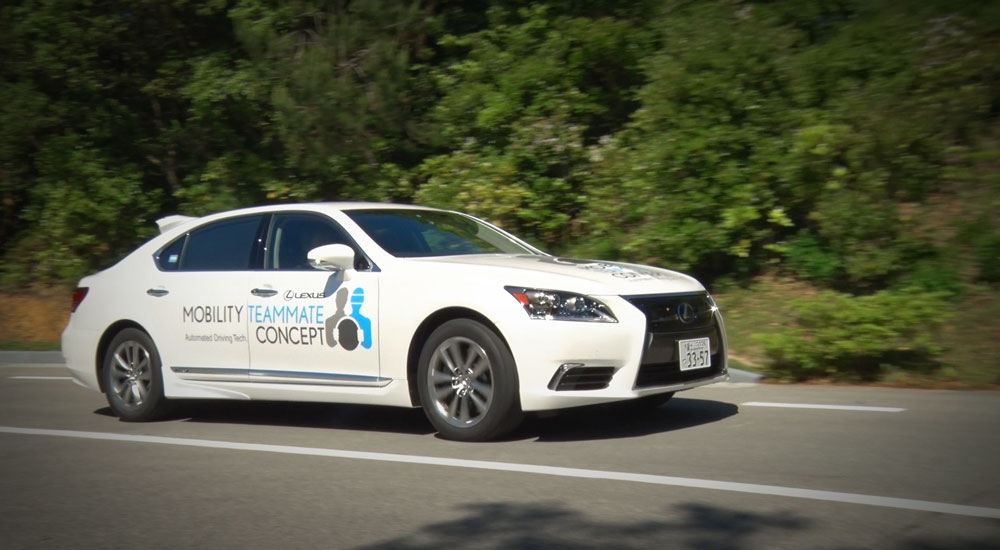 Lexus introduced an experimental automated driving system called Urban Teammate during the G7 Summit in Japan last month — the system was installed in a LS 600h and built to navigate city roads:

The Urban Teammate system can detect passengers, bicycles and obstacles in and around the vehicle, and can work independently by using existing map data and visual data from intersections and traffic lights. The system features GPS and cameras, as well as a SPAD Lidar module, which uses high-resolution laser radar technology for environment mapping and recognition.

For operation in more complex traffic environments, AI technologies and an automated map generation system will be used. Urban Teammate is the successor to Highway Teammate, which was unveiled in October last year and worked exclusively for highway driving without assistance.