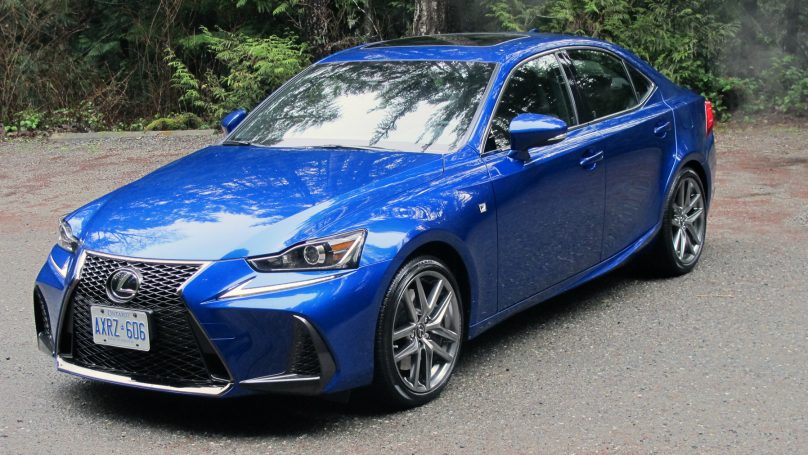 Everybody knows what it means, but everyone has a different idea about how to pull it off.

Lexus knows all about this, having produced one of the first Japanese examples way back in 1999 as the segment opened and started to take off.

But the Germans were there with their sports sedans two and three decades before. 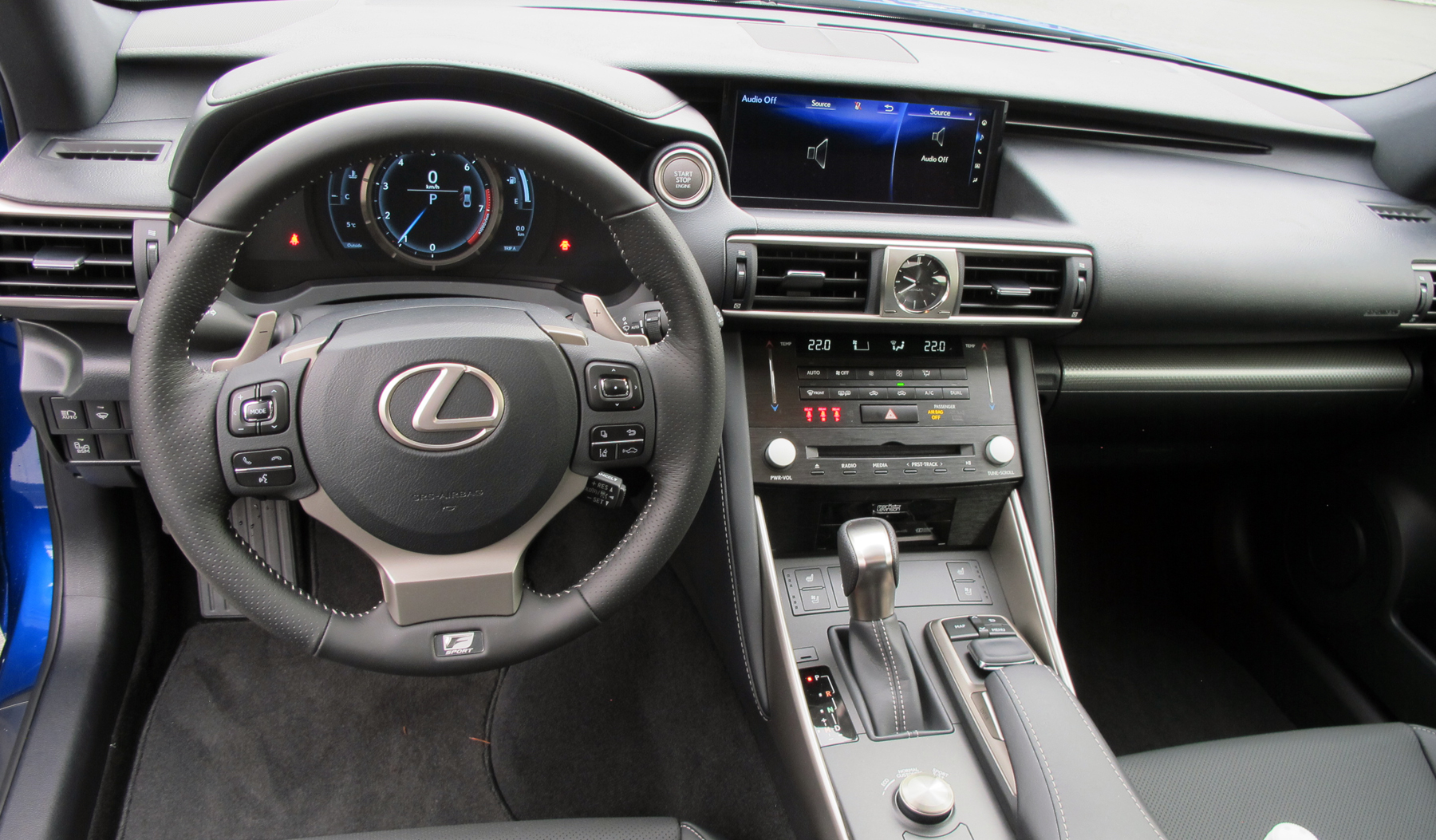 The instrument panel on the IS sedan is very clean with large displays for the driver and for the centre stack touchscreen.

For 2017, Lexus is ramping up the IS that fits the description of sports sedan in every way.

There are three models, starting with the IS 200t with a 2.0-litre twin scroll turbo four-cylinder producing 241 hp and 258 lb/ft of torque driving the rear wheels through an eight-speed automatic transmission.

What makes this engine different from all the other 2.0-litre twin turbos out there is it operates on both the Atkinson and Otto Cycles and uses port or direct injection for the best possible economy in normal operation plus power when you need it. 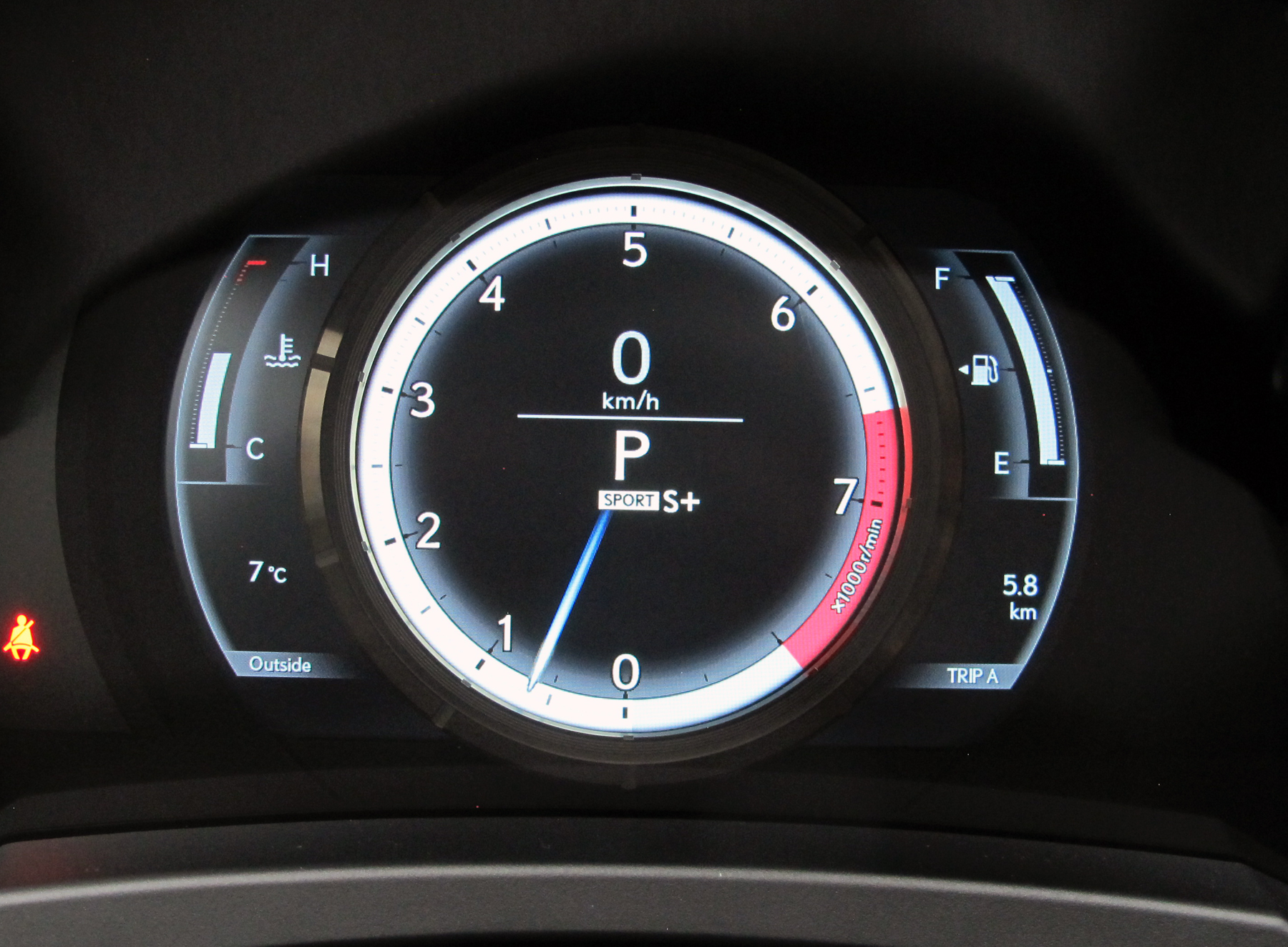 When you order an F Sport package, part of it is the Lexus LFA supercar inspired driver’s gauge cluster.

The mid-range model is the IS 300 AWD with 3.5-litre V6 putting out 255 hp and 236 lb/ft of torque with a six-speed electronic automatic transmission and all-wheel-drive.

There are several optional packages including the popular F Sport. 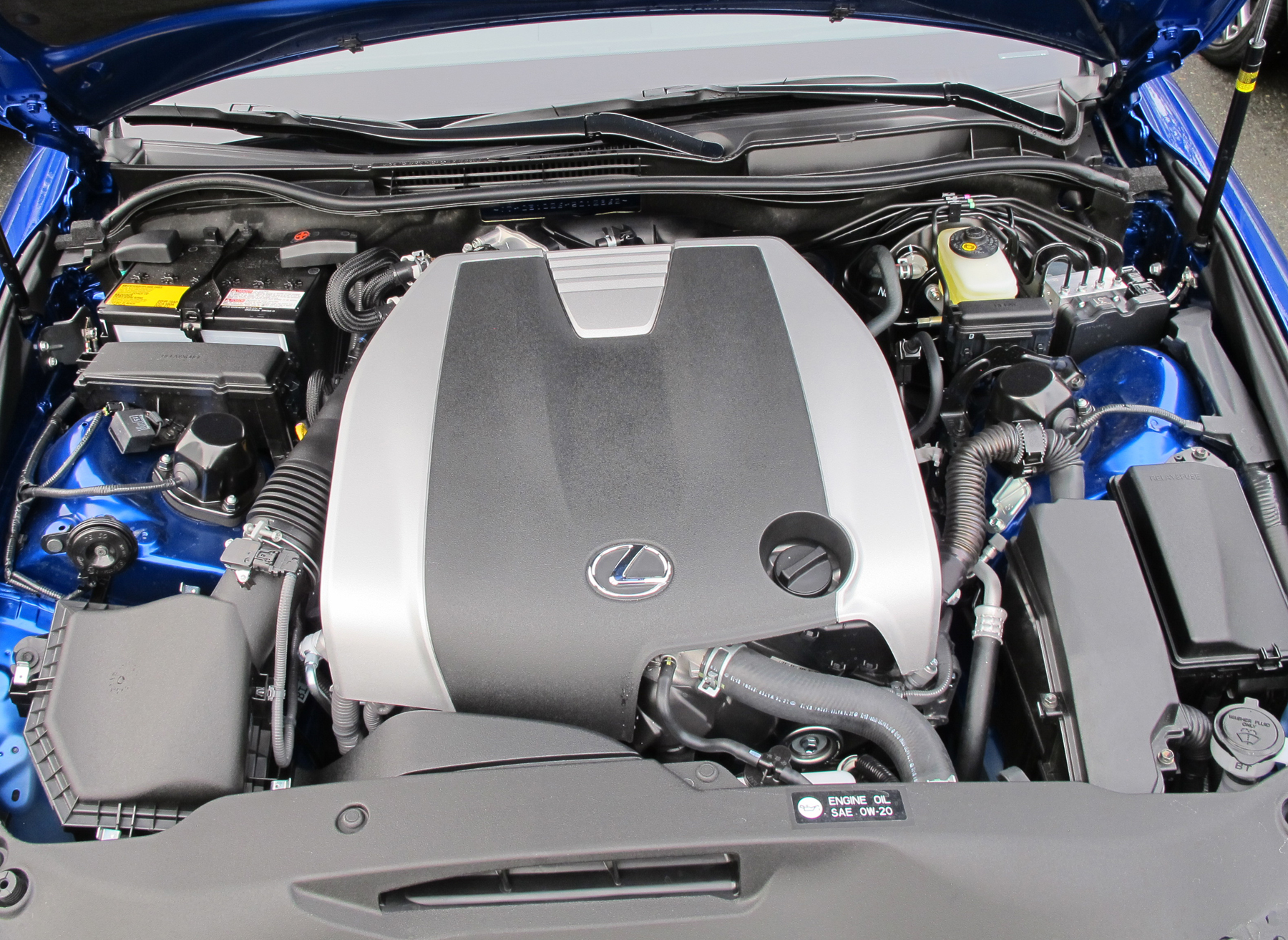 Building on the previous model, detail changes are primarily cosmetic, starting with the exterior with a redesigned front with large air intakes at both outside corners that are functional for brake cooling on the F Sport. 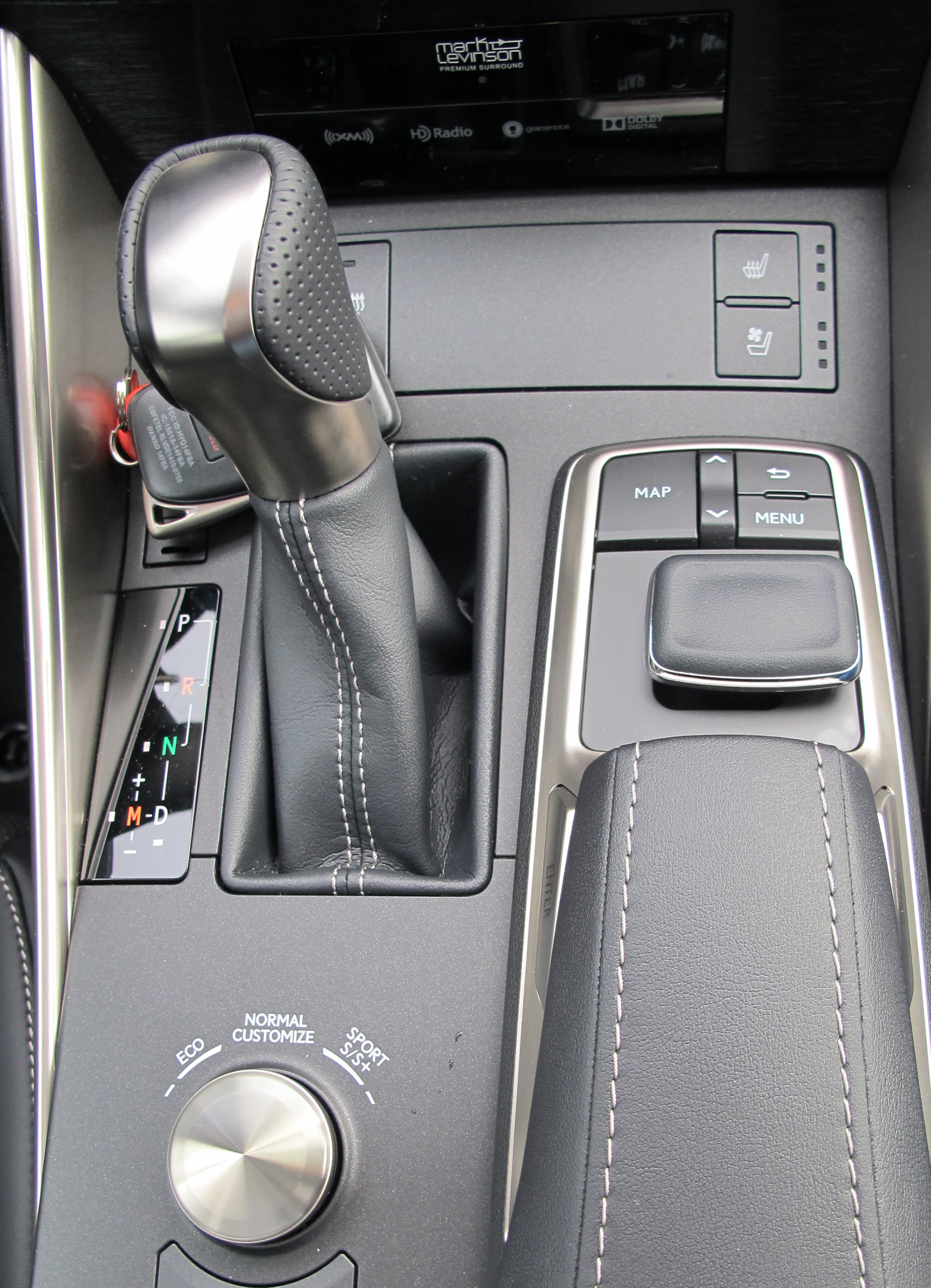 The 2017 Lexus IS features a centre console with touchpad at the top for navigating the infotainment system while the rotary knob at the bottom is selecting the drive mode.

There is a myriad of trim features too numerous to list here but one that stood on the IS 350 F Sport I drove was the Lexus LFA Super Car-inspired instrument cluster which was super easy to comprehend at a glance.

Two of the standout features on the IS 350 AWD F Sport are the crystal clear 10.3-inch multi media centre stack display and the 15-speaker Mark Levinson Surround Sound system that has to be heard to be appreciated. 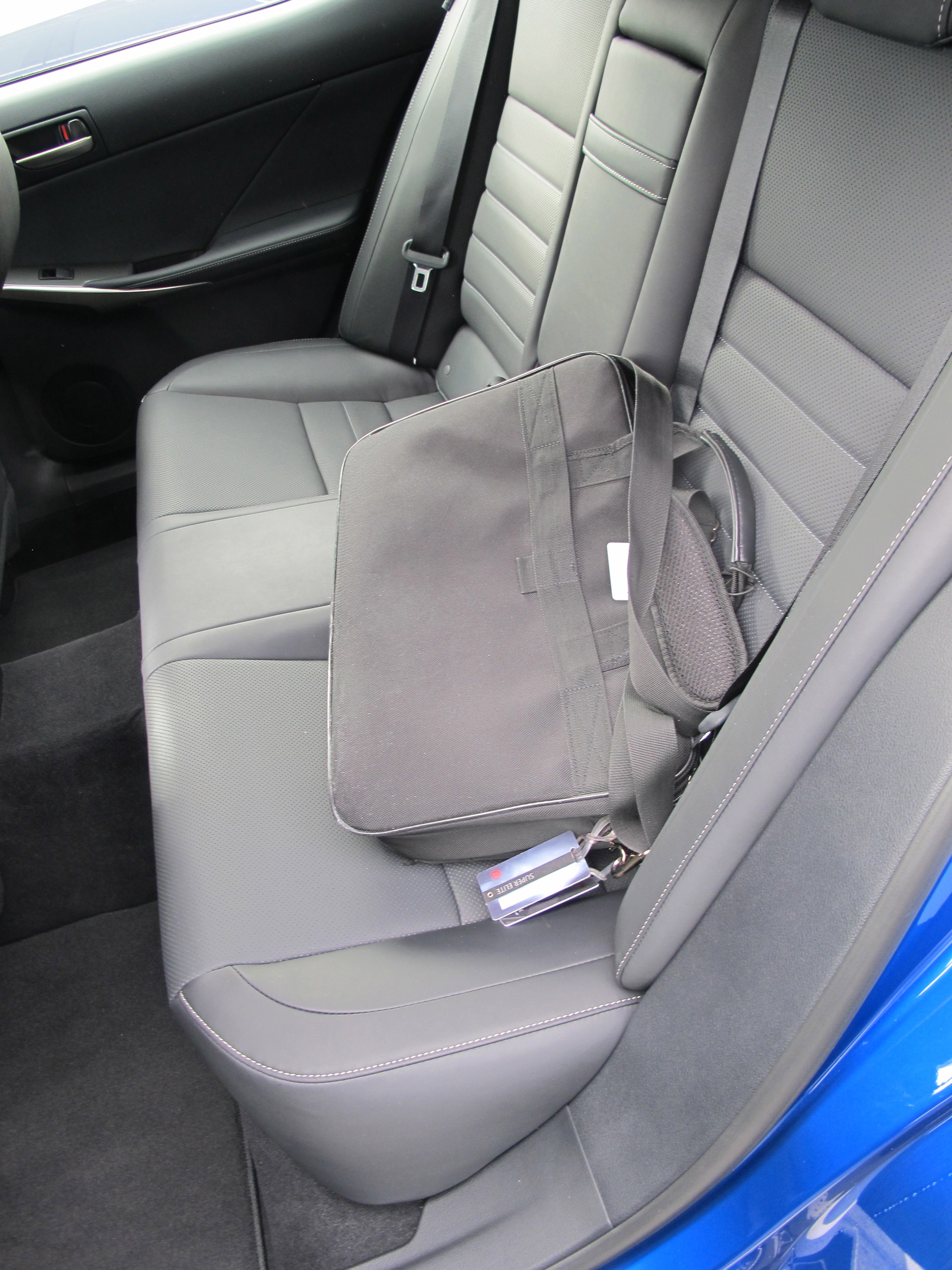 The back seat offers adequate legroom but just.

Driving through all-day rains north of Victoria, most of my driving time was in an IS 350 AWD with the F Sport package.

In addition to the three mode driver selectable ride/handling with Eco, Normal and Sport is Sport + that ramps up steering input and suspension settings.

Tip in (when the auto transmission responds to throttle input) Sport + is abrupt, with only traction control keeping the wheels from laying down rubber.

Twisting the mode selection rotary dial on the rear centre console resulted in noticeable changes in temperament, but only marginally so between Sport and Sport Plus. 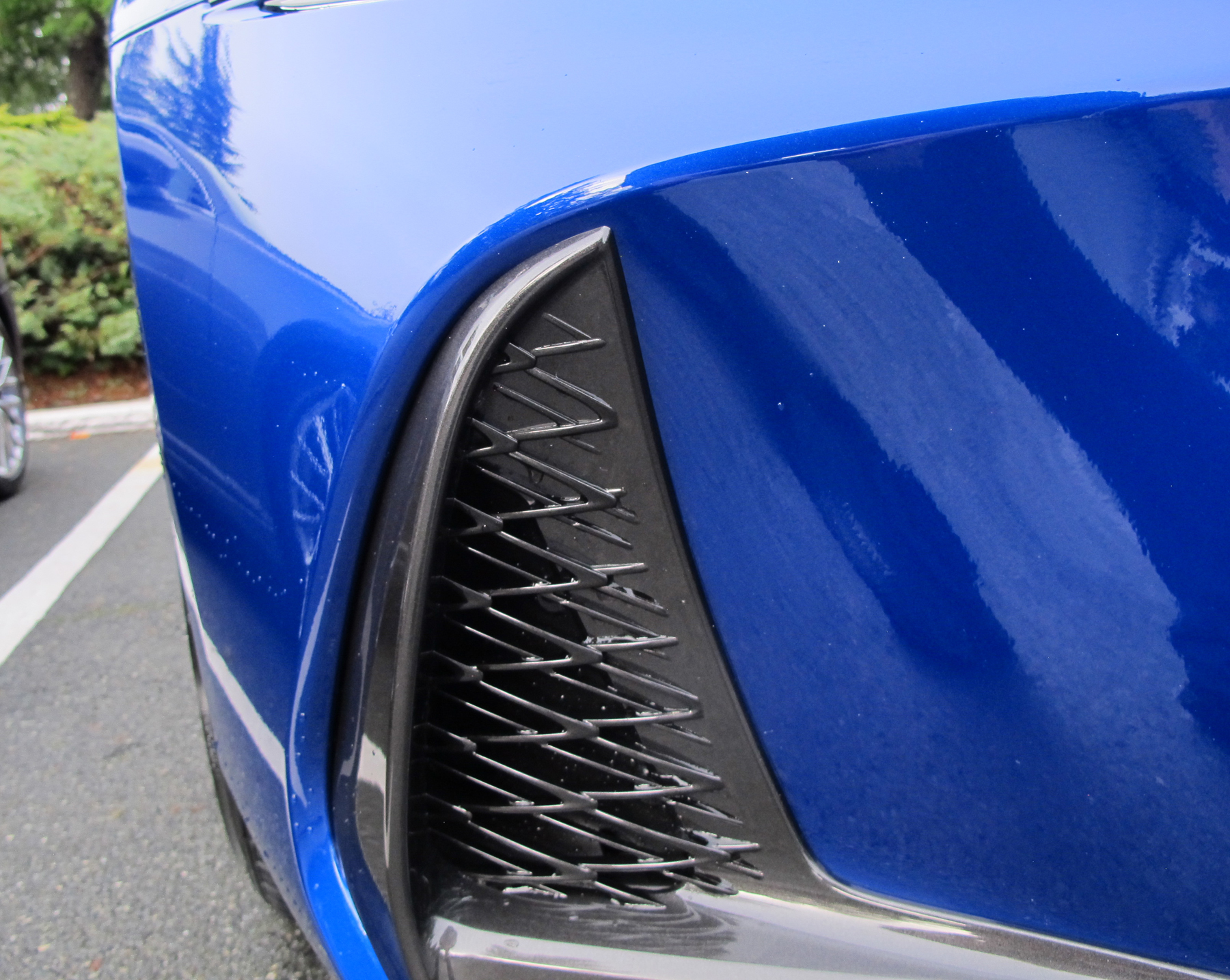 Side scoops are functional on IS models with the F Sport package.

The Lexus All-Wheel-Drive System and the performance enhancing characteristics of an Adaptive Variable Suspension system make for a very flexible ride.

Despite the rain, my co-driver and I pushed the IS hard to see if it came up to, say, the Audi A4 or BMW 3 and it did.

With the AWD working very hard in the wet, at no point was there a sensation of losing grip because AWD, stability control and traction control were all doing their job. 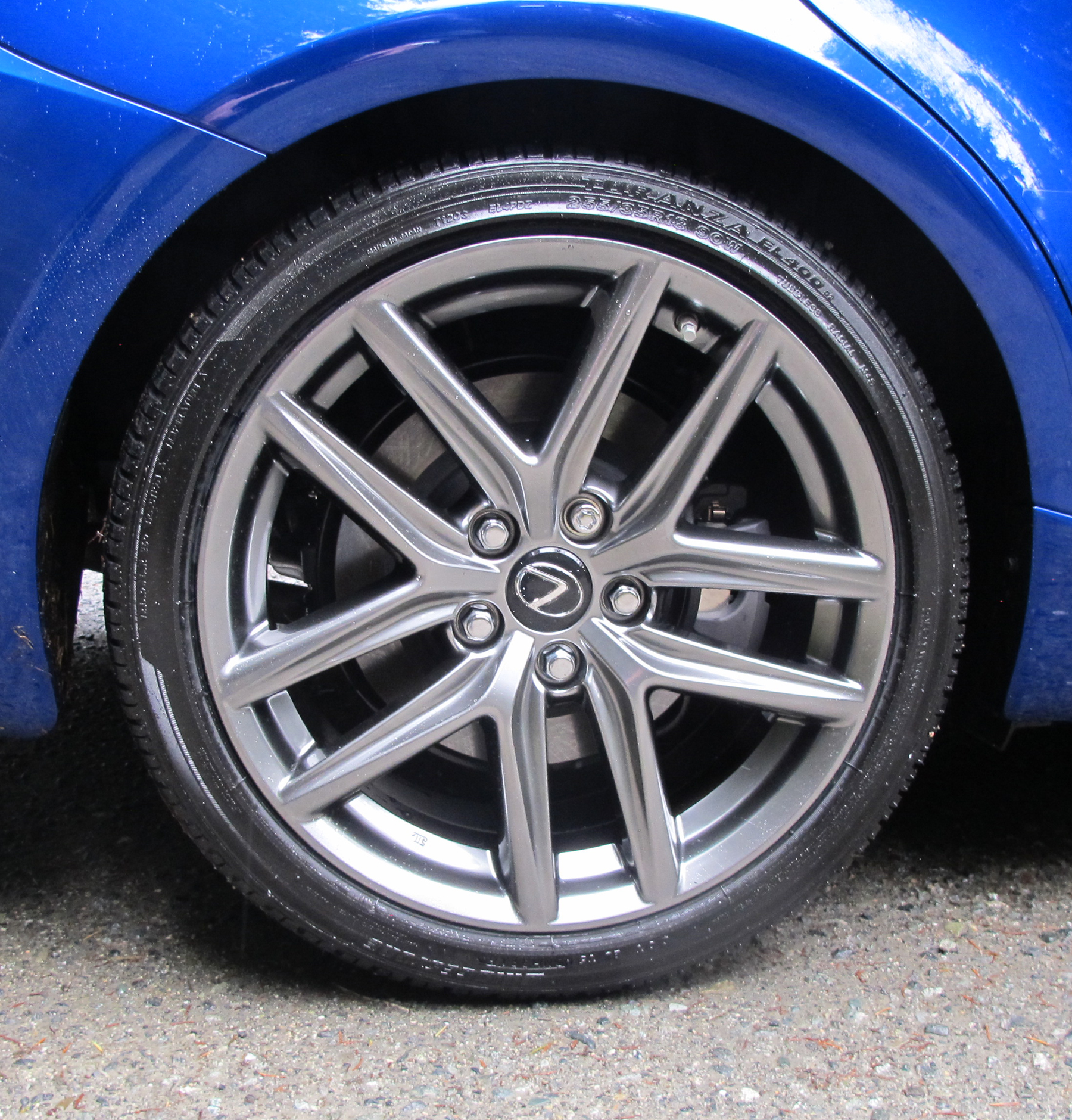 The only negative I found was rear legroom. With the front seats all the way back, it was tight bask there.

But when you factor in the super attention to detail, which is part of the reason for buying a Lexus in the first place, that is easily forgotten. 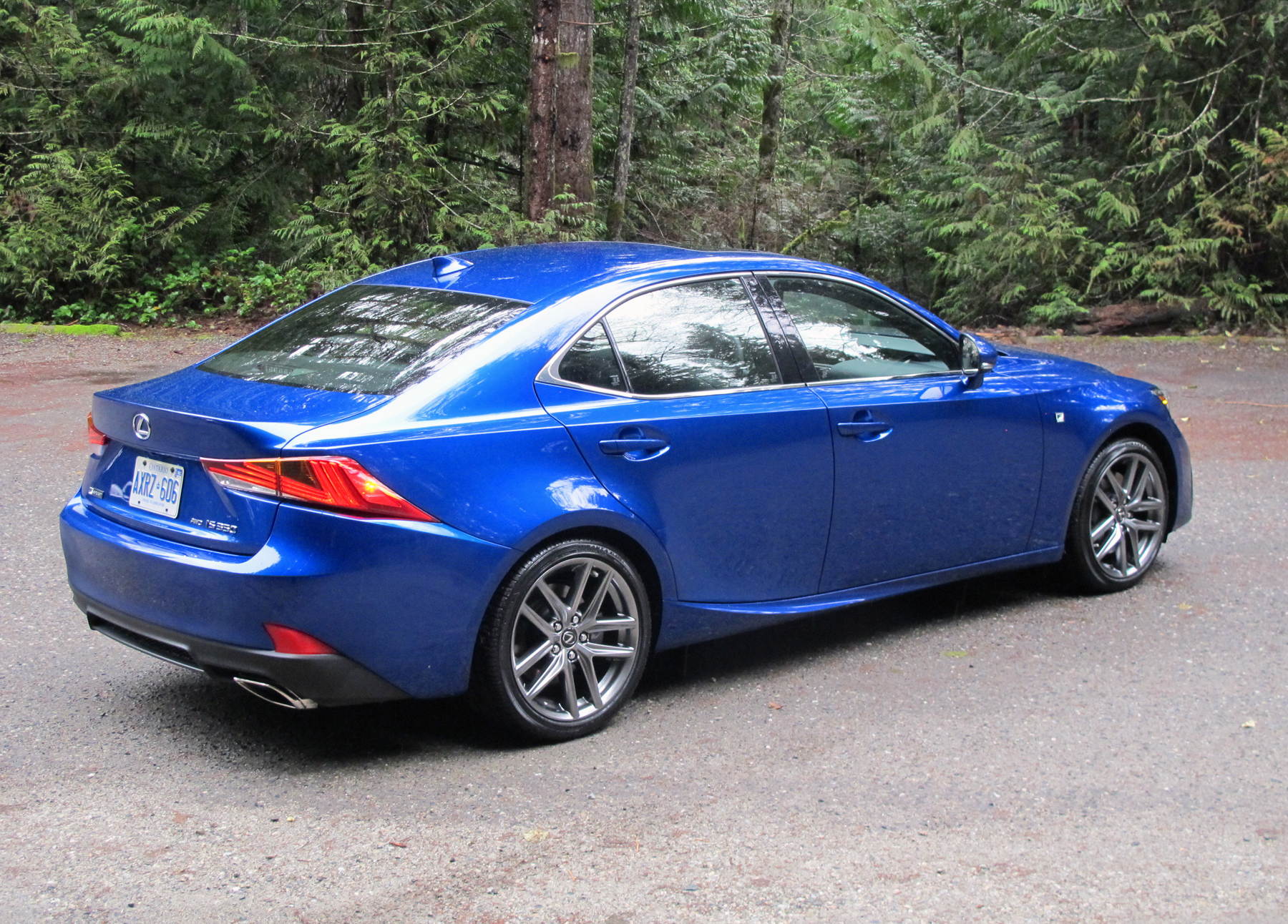 The rear of the 2017 Lexus IS makes liberal use of LED taillight technology.