When my colleague Jock McCleary had the chance to put the Lexus NX through its paces last year in British Columbia, he gave it high praise noting the style and ride will resonate with the less than 40 crowd looking to enter the luxury compact crossover market.

After a week in the NX I can agree and while I liked the NX’s exterior style as much as Jock did, he was more of a fan of the interior styling as I was.

Don’t get me wrong, the interior is one of the best in the segment but I found it to be too busy, with more buttons and knobs than I could figure out in the week.

But more on that later.

There is no denying you are getting into a Lexus as you walk up to the NX 300.

The recognizable front grille welcomes you but even if you approached the vehicle from the rear, you notice the bold stance and aggressive lines.

The NX 300 comes in three trims, the NX 300, the F Sport and the NX 300H, hybrid model. Each trim then has a different package from the Premium package to the Sport Series 3, which was my tester for the week.

The Sport Series is powered by a 2.0-litre twin scroll turbocharged inline four-cylinder engine that gives you 235 hp and 285 lb/ft of torque. 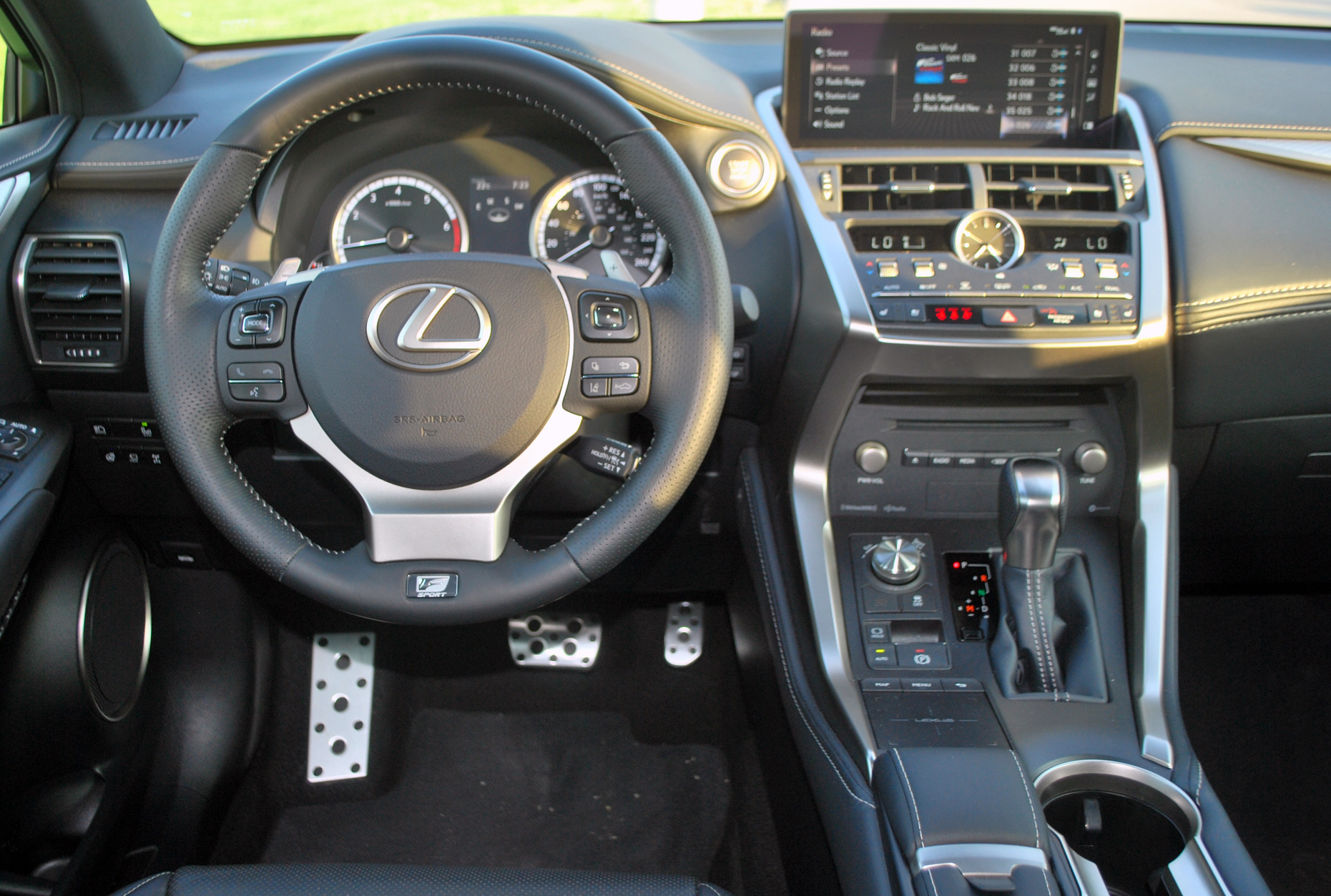 That means the NX 300 moves when you want it to and hugs the road leading to a nice steady ride.

The six-speed automatic electronically controlled transmission does a good job moving through the gears and while the vehicle featured paddle shifters I never used them, letting the NX do all the work.

The NX 300 easily keeps up with traffic on the highway but switch it into sport mode and a wry smile will appear as the turbo kicks in and the NX 300 will show you just how it can move.

The NX 300 offers a long list of standard features.

On the safety side there are too many airbags to count, pre-collision system, automatic high beams, my favourite, dynamic radar cruise control and lane departure alert.

One of my favourite options was the clearance and backup sensors.

Normally, sensors in the front beep when you are approaching an object, warning you of a possible collision as you are parking. The Lexus 300 goes one better. As you approach a wall or other object, the camera turns on showing you a picture on the screen of exactly when you might be hitting. 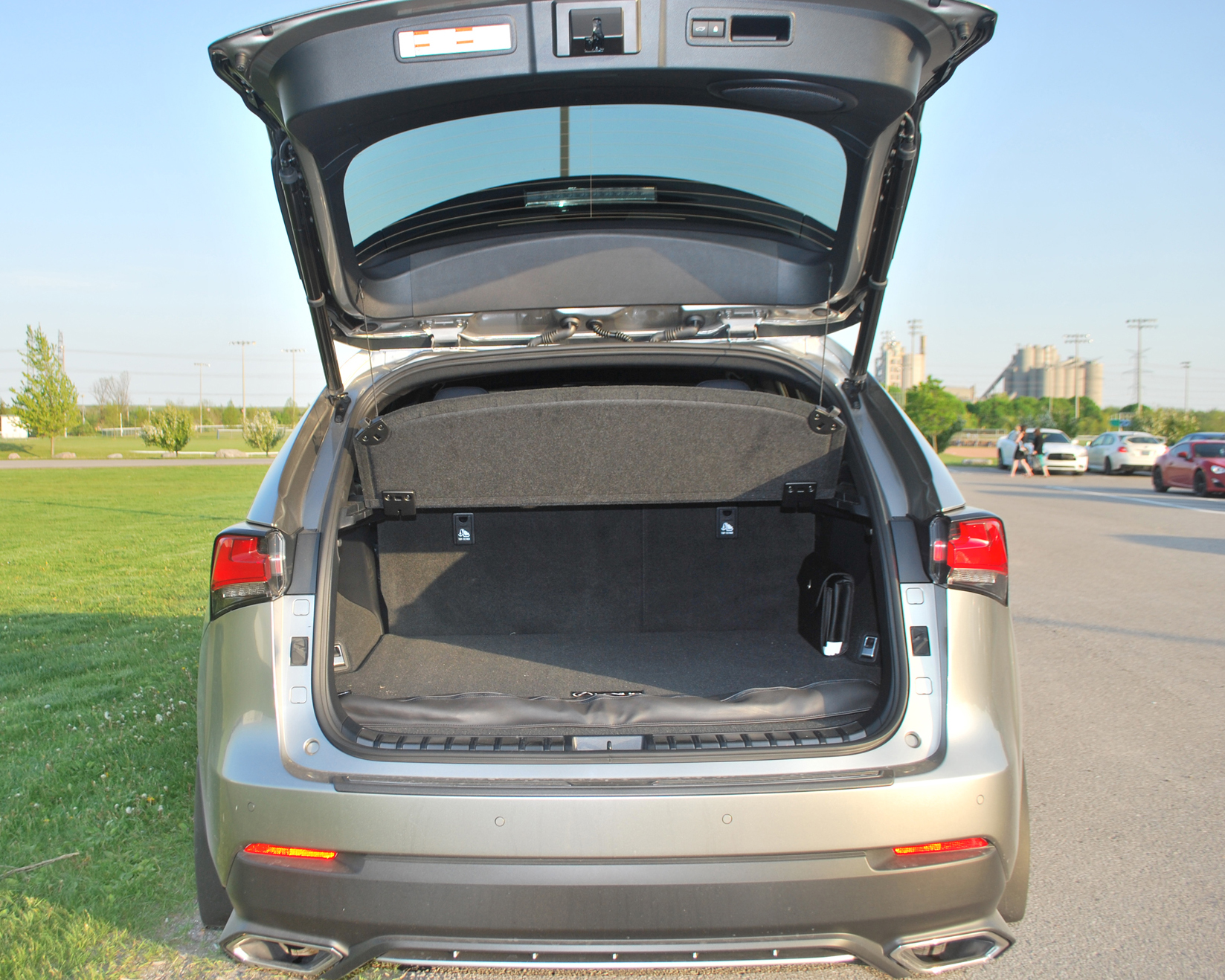 I found it a very useful option all week as it can take a while to get a feel for a new car and just how much room you have in front when pulling into a parking space.

As I noted above, the Lexus 300 has an attractive interior but the buttons and knobs are everywhere.

During my week, I never could figure out how to turn off the head-up display which can at times be distracting. I did hear from a few co-workers during the week that they agreed with the over abundance of buttons.

But one area I disagreed with one co-worker on was the remote touch interface, which sits just behind the shifter and lets you control the features on the display screen with the move of a finger.

When looking for a new car she said she found the interface too touchy. I couldn’t agree with her. I found it very easy and intuitive to use.

I recently drove a Cadillac with a touch interface that I found to have a mind if its own. The interface in the Lexus NX 300 followed my finger movement precisely and never jumped ahead or lagged behind. It was one of the nicer features in the vehicle.

It’s not often I get surprised with what a vehicle offers but the Lexus NX 300 did surprise me with a feature that sits just behind the interface.

Pull the small piece of cloth and a vanity mirror pops out. I’m not sure where that idea originated but it is a nice touch.

I didn’t know until recently that the NX is one of the mainstays of the Lexus family, accounting for 27 per cent of all sales.

After my week behind the wheel it was easy to see why.

A great drive with awesome styling. Yes the Lexus can be pricey, premium gas also required, but if you are looking to enter the luxury compact crossover field you can expect to pay a high price.

You’ll be happy you did. 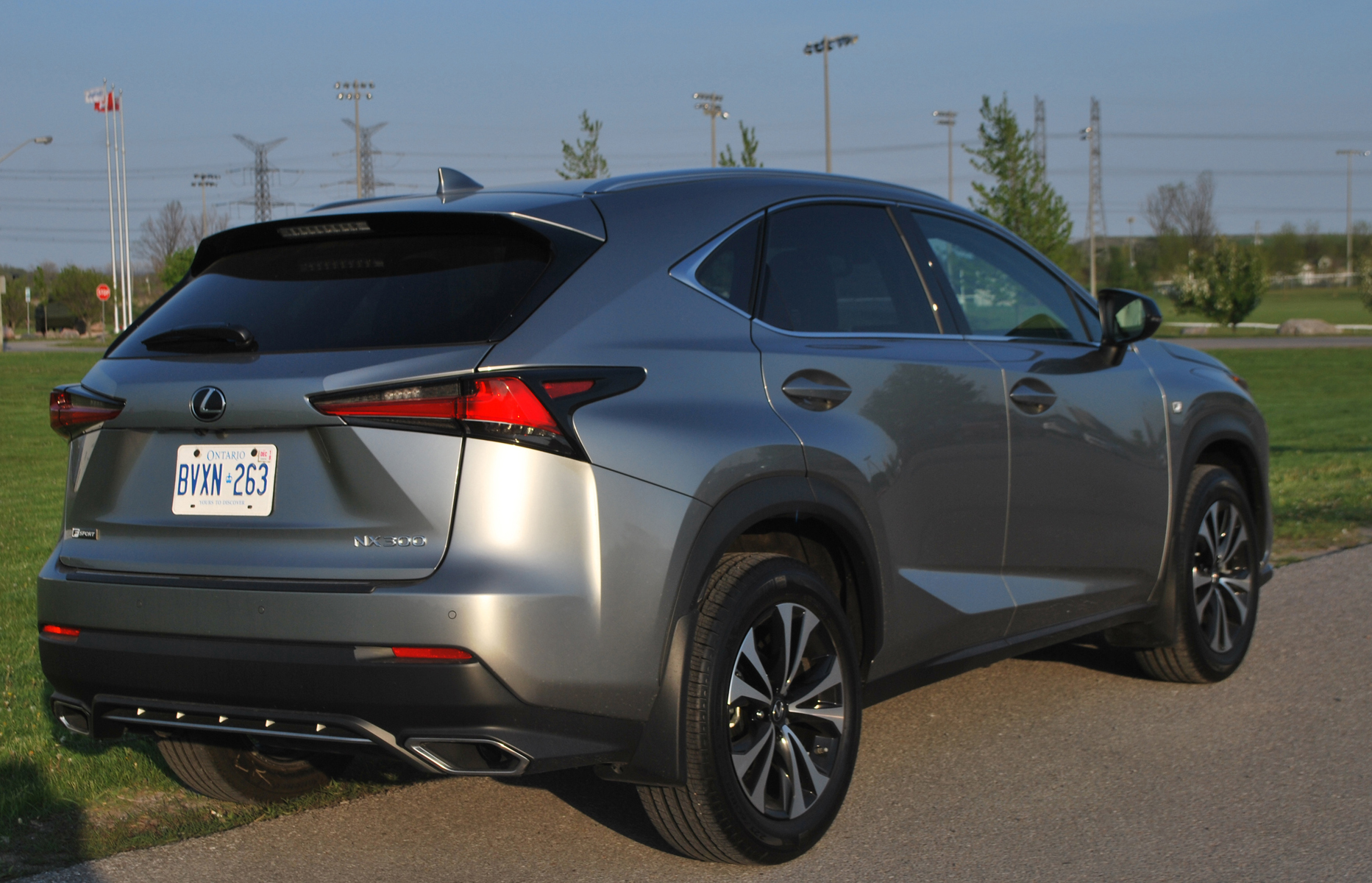