The 2018 Lexus LS model is expected to be a back-wheel drive, whereas, the exterior design will be inspired by the Lexus LF-FC concept.
(Photo : Cameron Spencer/Getty Images)
Current Lexus LS is probably the auto manufacturer’s oldest luxury sedan, which was first revealed in 2006 and later on modified on 2012. Now, with the new redesigned 2018 Lexus LS, based on LF-FC Concept, Toyota is all set to take down its rivals again.

For those of you not keeping a track, Lexus is a sub-division of Toyota that’s located in Nagoya. Lexus was originally founded around 27 years ago and has become a synonym for a luxury car ever since. Here’s what we know about the 2018 Lexus LS so far:

There have been widespread rumors regarding which powertrain will be featured in the upcoming 2018 Lexus LS. If the recent reports are to be believed, the next-gen sedan may feature V6 and V8 engines along with a new hybrid modification. The engine will give a power output of over 467 HP and may also have a 10-speed automatic transmission system.

Although there has been no official announcement regarding the 2018 Lexus LS‘s Powertrain, it’s expected that the hybrid powertrain will comprise a 3.5L V6 engine, new high-capacity Li-ion battery, and also a CVT transmission. There are also rumors that the hybrid would be a plug-in type.

While the Lexus representatives recently told the media that the auto manufacturer also plans to reveal a hydrogen-powered Car before 2020. We can just speculate whether the upcoming next-gen Lexus will feature such an engine or not. 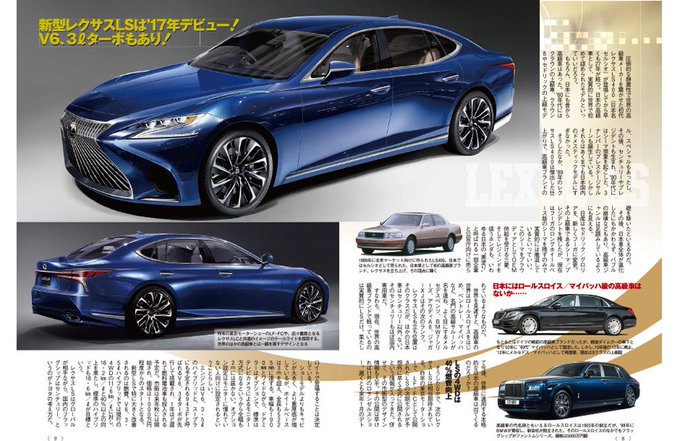 The 2018 Lexus LS model is expected to be a back-wheel drive, whereas, the exterior design will be inspired by the Lexus LF-FC concept. The next-gen sedan may also feature a four-wheel drive drivetrain system with an extended-wheelbase adaptation. The upcoming model is expected to be equipped with newly redesigned LED headlights. Mist Lights may also be accommodated in the front Spoilers. The fascia may also feature a new redesigned grille and will have a more basic horizontal line design. 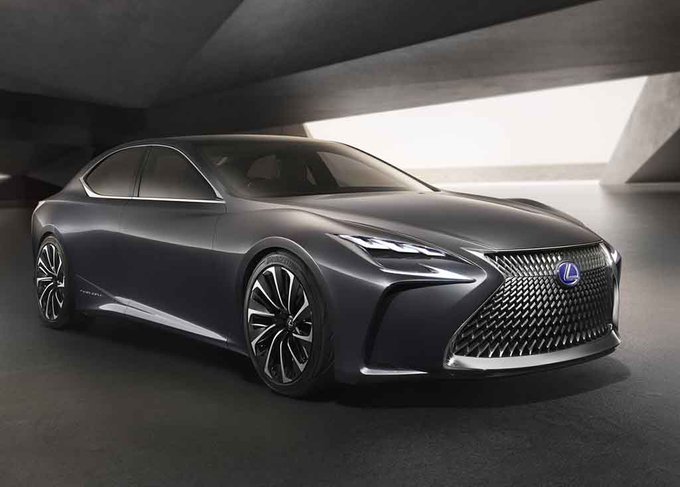 The Interior of the new Lexus LS 2018 will have significant major changes, with more luxurious and comfortable cabin than its Predecessors. The upcoming sedan will have floating front seats and reclining back seats. Latest advancements will also be displayed on its electronic instrument panel, providing climate control and latest audio systems.

The 2018 Lexus LS will also feature a huge middle console, which will be available with a number of touch-screen displays. Overall, the interior of the next-gen Lexus LS will be much more lavish than the other models in its lineup.

Hiding behind this bizarre camo is the tech-laden fifth-gen Lexus LS limo, due here later next year.

The upcoming Lexus LS model will be unveiled sometime in the last quarter of 2017. Although no official announcements have been made by the Auto Manufacturer yet, the 2018 Lexus LS will be available a lower cost than the BMW 6 Series, available at $88,700.

If new Rumors are to be believed, the new sedan may have a preliminary price tag of $ 50,000. Stay Tuned To SWR For more latest news and updates on the 2018 Lexus LS Redesign, Specs, Price And Release Date.