Today, Toyota Unveiled ‘The Safest Car In The World. 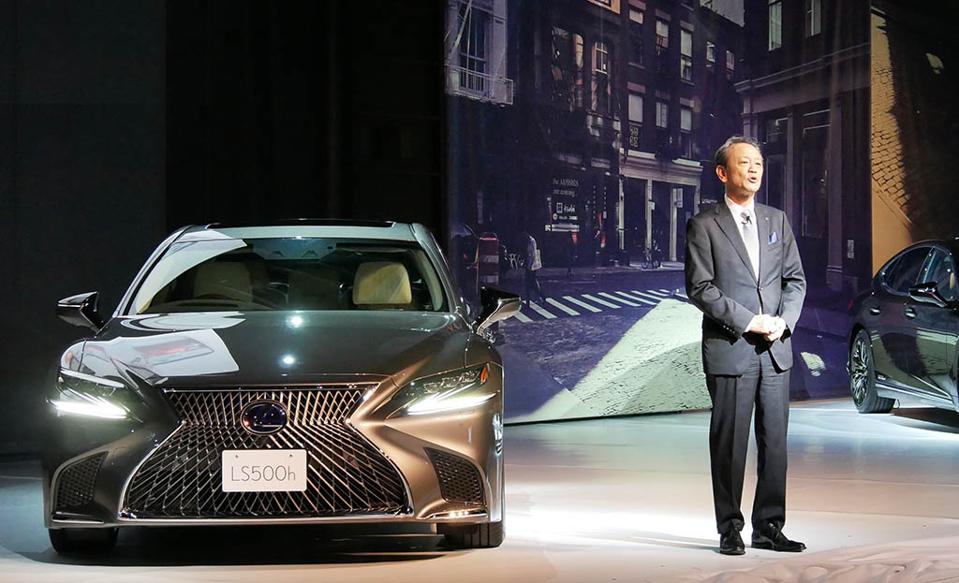 More than 1.25 million people die in road crashes each year, 3,400 deaths a day on average, says the W.H.O., stating that “tens of millions of people are injured or disabled every year, children, pedestrians, cyclists and older people are among the most vulnerable of road users.” Today, Toyota showed cars that have the lives of those children, pedestrians, cyclists and older people as their first priority.

Officially, today’s event was about the launch of the new Lexus LS flagship sedan in Japan. Japan is an export country, and increasingly, Japan’s newest cars are shown at home long after they have been introduced to the world, as it was the case today. Wisely, Lexus made today’s event a showcase of advanced safety technology.

“The LS is designed to be the top runner in advanced safety technologies” said Lexus LS Chief Engineer Toshio Asahi. Toyota’s Chief Safety Technology Officer Kiyotaka Ise did him one better by calling the LS “the safest car in the world.”

The LS does that with a host of active safety technologies. A sensor array, including front and back millimeter radar, gives the car 360 degree acuity. It does not only recognize other cars, but also cyclists, pedestrians, even children. The millimeter radar is an enhanced version of what is available in other Lexus and Toyota cars, Toyota’s chief of Intelligent Vehicle Development, Ken Koibuchi, told me at the sidelines of the event. An advanced 3D radar remains in development, Koibuchi said.

Of course the LS has automated braking, but when the car decides that braking is not enough, the car will steer around the hazard, automatically. Asked whether the automation also extends to pets in the road, Ise said that at the moment, the “focus is on two-legged obstacles.”

It is interesting to see how the LS reacts when the driver takes his or her hands off the wheel.  Other cars may nag, and disconnect automatic driving. The Lexus LS gets worried that the driver may have passed out, it engages the hazard blinkers, honks the horn, decelerates, it eventually comes to a stop, unlocks the doors, and calls emergency services.

“Although automated driving has drawn keen interest in recent years,” said Toyota’s Chief Safety Officer Ise, “there still remain wide differences in how OEMs define automated driving. The word automated driving should be handled carefully to avoid the hype that it means that drivers don’t have to do anything.”

Despite the fact that the LS comes with all the technology other OEMs would call “autonomous,” Ise said that Toyota “does not wish to call this LS an automated driving vehicle, rather, we would like to define it as a vehicle equipped with advanced driver assist technologies that can pave the way toward autonomous driving.”

Accidents can only be avoided with a wide application of active safety technologies, far beyond the luxury vehicles where they tend to show up first. Most of the technology in the LS will filter down very quickly to all other Toyota models. “Most of the advanced systems will be installed on all Lexus and Toyota Models starting in 2018,” Ise said.

Toyota’s wary terminology and cautious approach do not mean that it is behind in autonomous drive technology. By 2020, Toyota plans on autonomous driving toll booth to toll booth, and by the middle of the next decade in cities.