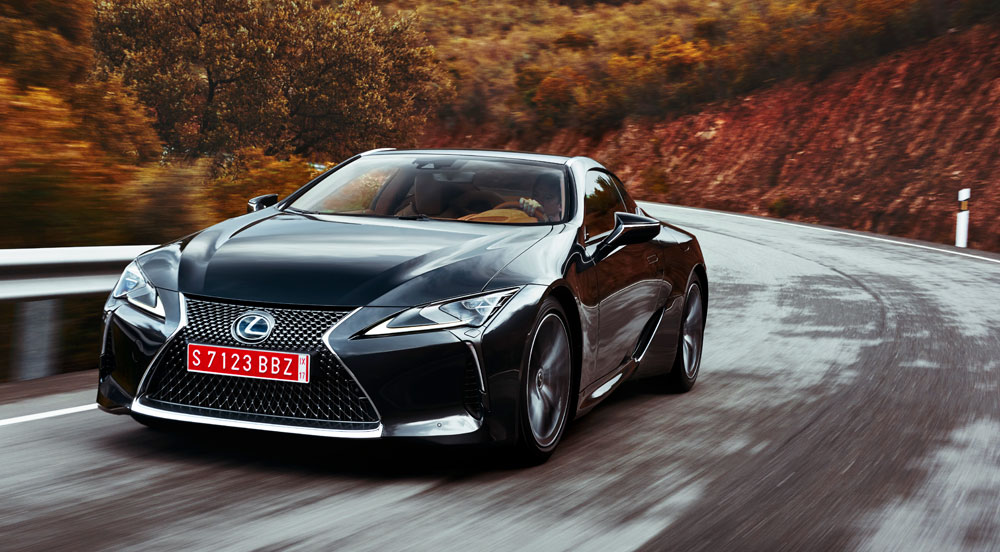 With Lexus trademarking the LC F nameplate in Europe this week, there’s now considerable momentum that a high performance variant of the Lexus LC coupe is in the works. From here, the next point of interest is the powertrain — on that front, Autocar has an interesting quote from LC chief engineer Koji Sato:

“Everyone is expecting an F model, but right now we are not sure,” said Sato. “The interesting thing is that Porsche is developing a sports car with electric power, and there is the BMW i8, so maybe a big engine with more power is a little bit heading in the old style. The hybrid model may be an interesting idea. The sudden torque provided by the electric motor is much faster and more unique – and perhaps more interesting for the customer.

“Lexus is a pioneer of hybrid systems and perhaps we have a role to show that hybrid has more capability now. It would be a unique driving experience, I think. So maybe the LC 500h is the car that would satisfy the requirement for a faster car.”

Going hybrid high-performance certainly has some merit — Lexus tried something similar back in the day with the introduction of the GS 450h & LS 600h, with both favoring speed over outright efficiency. Even so, the prevailing rumor has the LC F coupe powered by a twin-turbo V8 with more than 600 horsepower.

(Another counter-point to the LC F being a hybrid is the positioning of the F brand itself — every F model since the original IS F has been powered by a 5.0L V8, and this high-displacement naturally-aspirated engine is a core part of the overall identity. Adding a turbo to that engine is a natural evolution, but replacing it with a tech-heavy hybrid system transforms the F brand into something altogether different.)