Blog Oct 3rd, 2016
The IS is an important model for Toyota’s luxury brand. Ever since Lexus brought its smallest sedan to market in 1998, the Japanese manufacturer sold more than 1 million units to date. Despite the fact it’s nowhere as popular as the German triad, the IS is a great alternative in a segment where being different is harder than it seems. To keep things fresh, the Lexus IS got facelifted.

Having made its debut in April at the 2016 Beijing Auto Show, the 2017 Lexus IS facelift finally made its appearance on European soil at the 2016 Paris Motor Show. Compared to yesteryear, the updated model boasts even more dramatic design cues. Some may be put off by the outlandish facial expression, but then again, the IS ticks all the right boxes for those looking for something different from the norm. I admit I’m one of the latter people.

The spindle grille is amped up on the IS F Sport with the addition of a three-dimensional F-mesh pattern. L-theme LED daytime running lights and L-shaped LED taillights, as well as standard 18-inch wheels, round off the exterior design refresh. Hopping inside, the 2017 Lexus IS reveals its sporting intent with an instrument cluster inspired by the Lexus LFA V10-powered supercar. As standard, the IS is equipped with NuLuxe trimmed seats, 10-way power front sport seats, dual-zone automatic climate control, as well as a power moonroof. All-wheel-drive models also add heated front seats.

In terms of infotainment solutions, the standard unit is the Lexus Display Audio with a 7-inch screen and 8 speakers. The optional navigation system features a 10.3-inch screen and it is available in conjunction with a thumpin’ 15-speaker, 835-watt sound system developed by Mark Levinson.

When it comes down to the oily bits, customers have three powertrains and two drivetrains to choose from. For the model year 2017, the lineup continues with a three-model range: IS 200t, IS 300 AWD, and IS 350 in RWD or AWD flavor. All models are available with F Sport visuals. The V6-powered models with all-wheel-drive automatically vary front-to-rear torque distribution from the standard setting of 30:70 to 50:50 when the situation calls for it. On that note, all-wheel-drive models also get a driving mode called Snow. 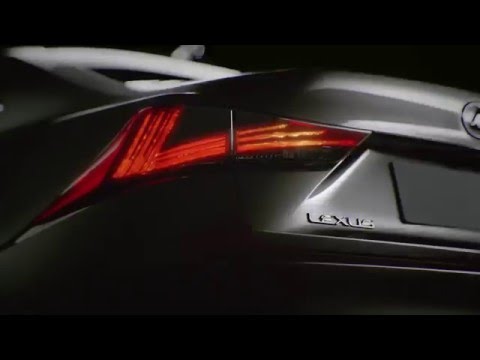