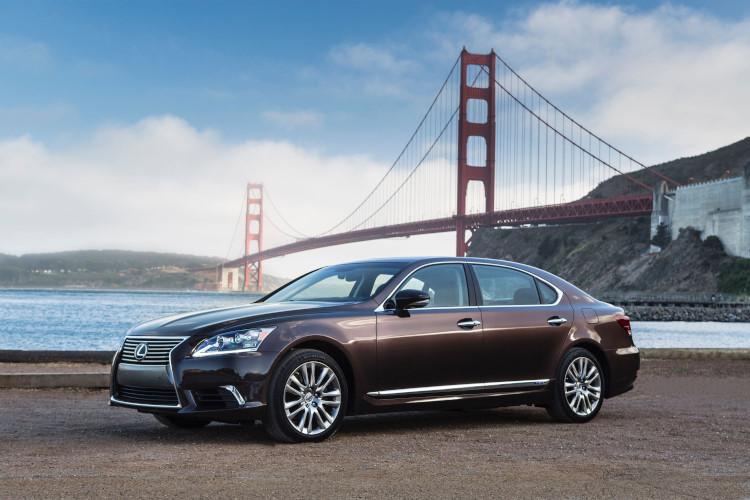 “This is quieter and more comfortable than an S-Class.” That spontaneous remark caught me by surprise as it’s a phrase I never expected to hear from a rear-seat passenger in a Lexus — a Japanese automaker that has been diligently chasing the established European luxury brands for nearly three decades. Was Lexus finally beating Mercedes-Benz at its own game?

The past half-hour had been very serene. Not a single word had been muttered by any of the four occupants cocooned within the 2017 Lexus LS 600h L as we cruised down the Los Angeles freeway blaring pop tunes over its 19-speaker Mark Levinson audio system. Yet the music had been interrupted by that unexpected comment from the back — someone with plenty of seat time in the highly regarded German flagship ― showering nearly incomprehensible accolades on the premium four-door.

Lexus introduced the world to its LS400 in 1989. The full-size V8-powered sedan boasted luxury on a scale never seen from the Far East, promising Toyota reliably and a long list of upscale equipment starting at a base price of just $35,000. Not only was it a direct shot across the bow of heavy hitters such as the Mercedes-Benz S-Class, BMW 7 Series, Audi A8, and Jaguar XJ, but it effortlessly beat Acura’s Legend at its own game and effortlessly defeated the Infiniti Q45 that launched near the same time. Customers embraced the LS400 immediately, and in 1990 Lexus sold 42,808 copies in the States — “overnight success” is an understatement. 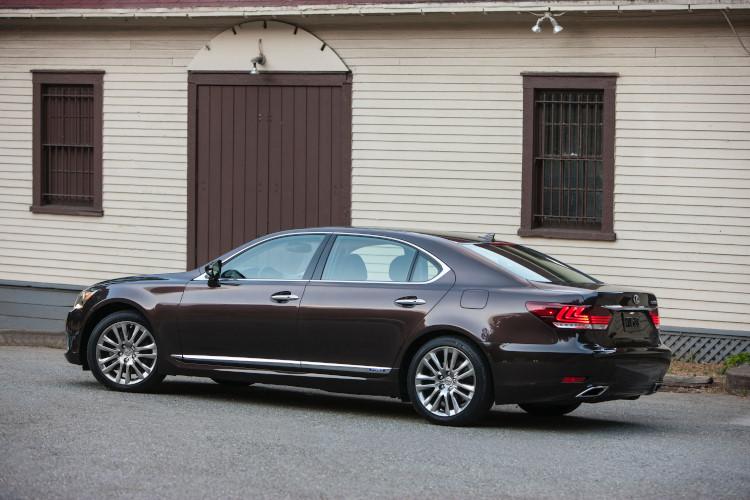 The segment isn’t as nearly as hot these days as consumers are presently obsessed with sport utility vehicles and crossovers. According to sales data, Lexus is only selling about one-sixth the volume of LS sedans today as it was 25 years ago. But according to Kelley Blue Book, the Lexus LS is still earning consistent consumer traffic (actually beating the Audi A8) in terms of reader interest.

I recently spent a week with the range-topping 2016 Lexus LS 600h L with an as-tested price of $135,605 (the standard LS 460 starts at $73,470). This flagship boasts the extended wheelbase chassis (adding 4.8 inches between the axles), an Executive-Class Seating package, and seemingly more luxury appointments and features than Boeing offers on its latest 787 Dreamliner aircraft.

The LS 600h L is one of the most sophisticated vehicles, in terms of powertrain complexity, on the market today. It boasts a gasoline-electric hybrid powertrain comprised of a naturally aspirated 389-horsepower 5.0-liter V8 engine (don’t expect to see it under the hood as the engineers have buried it under plastic panels) working in conjunction with two electric motor-generators that perform dual functions — essentially splitting the roles of starting the engine, providing propulsion, and generating electricity. The storage battery is a 288-volt DC Nickel Metal Hydride (Ni-MH) battery installed behind the rear seat (as is often the case with hybrids, the battery pack does consume some trunk space). 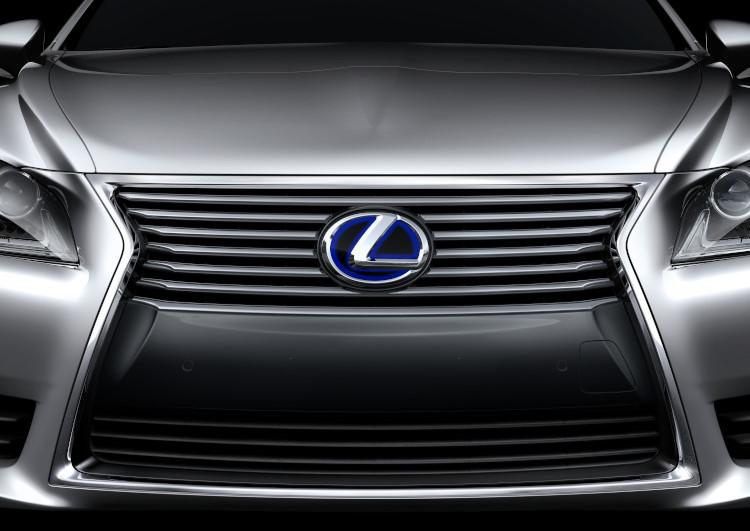 All of that power is sent through a dual-stage continuously variable transmission (CVT) that has been fitted with a sequential shift mode to mimic eight virtual gears. Lastly, the 600h is only offered with all-wheel drive, which allows a small variance of torque split front/rear to ensure grip under even the most challenging weather or surface conditions.

Despite its complexity, the powertrain works really well. There is a tiny bit of sluggishness off the line at moderate throttle, which is simply the hybrid powertrain and CVT comprehending what the driver is asking for, yet once underway the LS 600h L moves with buttery smoothness. Lexus says the 5,203-pound four-door will accelerate from a rest to 60 mph in 5.5 seconds, which is impressively quick for a vehicle of this size and mass. Keep your right foot on the floor and the sedan zooms ahead until it maxes out at an electronically limited 130 mph — in no time. 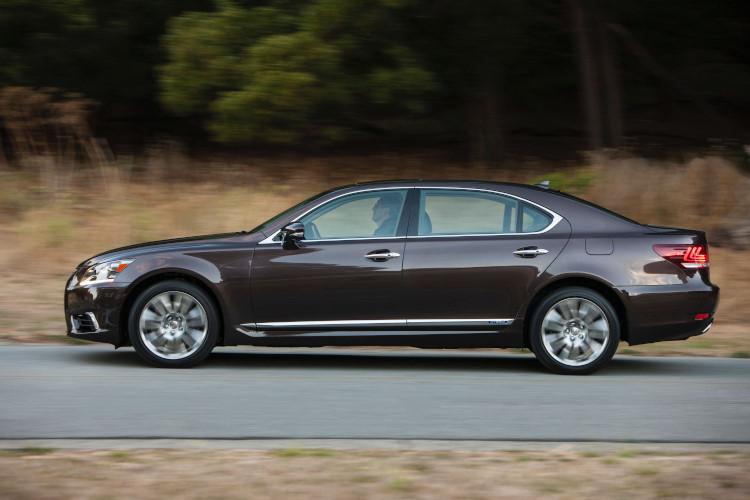 Lexus fits six-piston Brembo brakes to the front of this LS (there are smaller two-piston brakes on the rear), which are capable of generating a lot of stopping power. Unfortunately, the average-width tires (245/45VR19 with an all-season rating) were chosen for their ride quality and low rolling resistance — stopping is an exercise in halting two-and-a-half tons of vehicle, which doesn’t happen instantly. Brake feel isn’t typical either, as the electric motors absorb some of the forward momentum to regenerate propulsion energy.

The weight plays a big role in how the Lexus drives as its hefty poundage acts like a giant mass damper – it prefers to glide over the road without reacting to anything beneath its chassis. Thanks to a standard height-adjustable Adaptive Variable Air Suspension (AVS) with electronically modulated damping (and driver-selected modes), occupants are challenged to feel anything on the road surface as the tires roll across the pavement — generous acoustic damping throughout the cabin, a very low 0.26 coefficient of drag, and wheels that have been designed to minimize air turbulence only add to the isolation from the outside world. That same separation from reality is felt in the steering, which is accurate and stable, but light and lifeless — there is virtually no physical feedback for the driver. 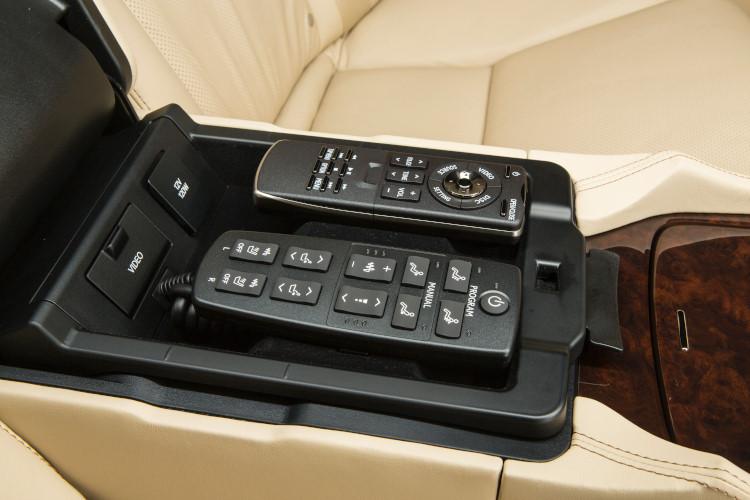 Isolation is welcomed bliss for the occupants within the 600h L. Standard equipment includes 16-way power seats for the driver and 12-way power seats for the front passenger (heated and ventilated). Those in the rear relax in climate-controlled seats with power sunshades blocking annoying beams of light, air purifiers scrubbing the atmosphere, and infrared thermometers ensuring the temperature is perfect. A four-zone climate control system guarantees everyone is comfortable (kudos to Lexus for putting air vents in the ceiling, in addition to the pillars, and console). The occupant fortunate enough to be in the right rear seat has a power-operated recliner with ottoman and a multi-function Shiatsu massager — relaxation is effortless (the left seat is nearly as plush). A rear-seat entertainment system keeps those who want to play busy, while a 110-volt A/C outlet and pop-out table serves the businessman who prefers to work.

My test vehicle was configured with a long list of driver-assistance technology that included All-Speed Dynamic Radar Cruise Control, which worked even if the traffic came to a complete stop. It functioned well on the open road and in most traffic, but the “safety cushion” that the system prefers is too large as drivers in the LA Basin continuously cut me off. The Lane Keep Assist was unobtrusive, and the illumination at night from the high-tech LED headlamps is eye-opening — impressively bright. 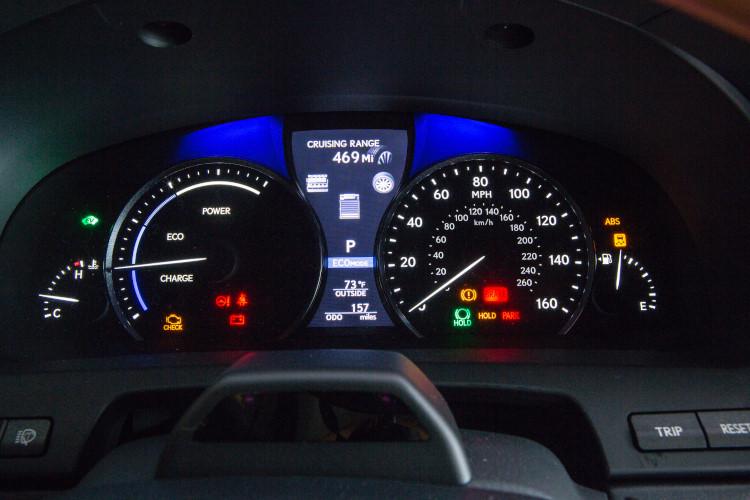 The infotainment system uses a 12.3-inch screen (that now displays a full-screen map — new for 2016) to interact with navigation, audio, telephone, climate control, and more. It is easy to read and well shaded from ambient light. I’ve never been a huge fan of the console-mounted Lexus Remote Touch “joystick” interface, but I’ve now spent enough time with it that I am able to find my way around the system without a headache — I’d give it a solid “B” letter grade. The steering wheel controls work well.

Lexus has always promoted its obsession to detail, so it is worth mentioning some of the little things — like the 67-step process that Lexus goes through as it layers dark- and light-shaded veneers to create a one-of-a-kind Shimamoku (“striped wood”) Espresso wood steering wheel (those in warm climates will note its beauty… and that it really absorbs heat in the summer). The exterior paint is laboriously hand-sanded between coats, to reduce unsightly “orange peel,” and the body panel gaps are measured to within 0.001 mm — much tighter than the industry average. Again, the obsession to detail is impressive.

The LS has been around for quite some time, but the automaker isn’t allowing it to age. Proving that Lexus doesn’t want its flagship to fall behind the curve, the company has made several improvements to the LS for the 2016 model year. These include additional body adhesive during manufacturing (this further stiffens the chassis), an enhanced multimedia system, available Lexus Enform Service Connect, and a Remote Touch Interface with enter and back buttons. In addition, it has added two new exterior colors: Eminent White Pearl and Atomic Silver (Starfire Pearl has been dropped). 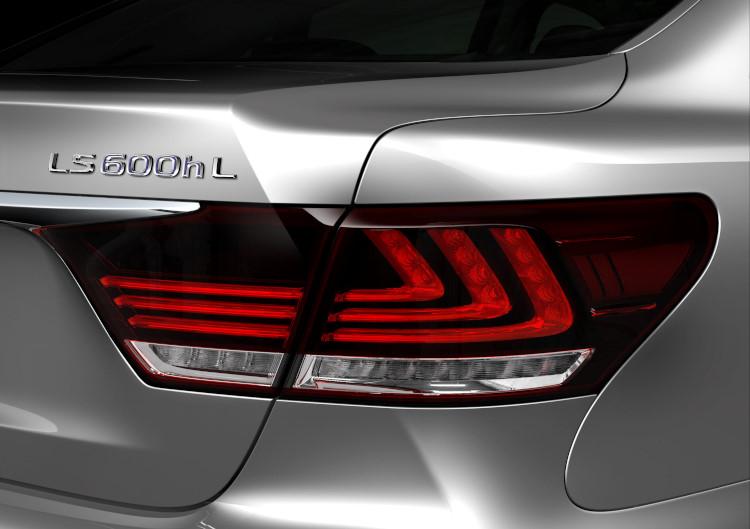 It’s hard not to like the Lexus LS 600h L if being isolated from the driving experience is your primary objective — it glides down the road as if riding on a cloud — but the elephant in the room is one simple question: Is the hybrid system worth tens of thousands of dollars more than the standard powertrain? The EPA rates the LS 600h L at 19 MPG city and 23 MPG highway, while the LS 460 L AWD is rated at 16 MPG city and 23 MPG highway. The numbers reveal that the incredibly sophisticated hybrid system is only beneficial around town. Even if your commute never touches an expressway, the bottom line is that it is impossible for even the most optimistic accountant to objectively justify the 600h’s premium over its combustion-only counterpart.

Yet subjectively it’s a different argument because the LS 600h L is the flagship model. And, in similar manner to the Mercedes-Benz AMG S63 vs. AMG S65 dilemma (the German automaker asks you to pay more for a V12 when it is slower than the V8), there are those who simply demand the best an automaker has to offer.

The 2016 Lexus 600h L is the quietest, most comfortable, and most technically advanced Japanese sedan that I have ever driven. And for a select handful of affluent customers, that is plenty justification enough. 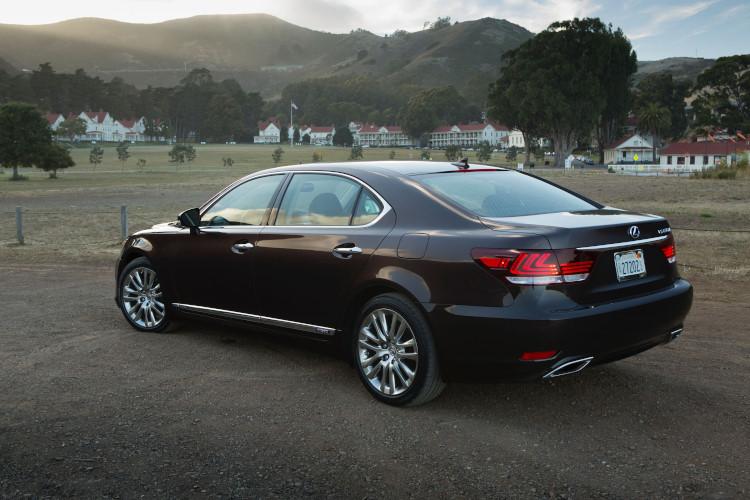